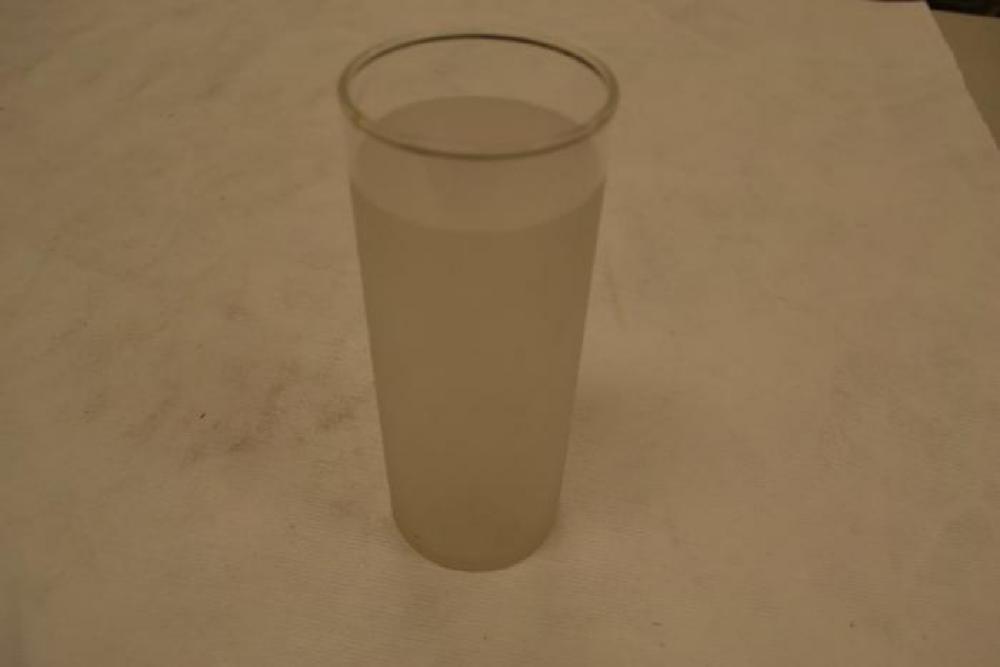 A very tall, frosted glass. Essentially a Collins glass with only a ring at the top that is not frosted.