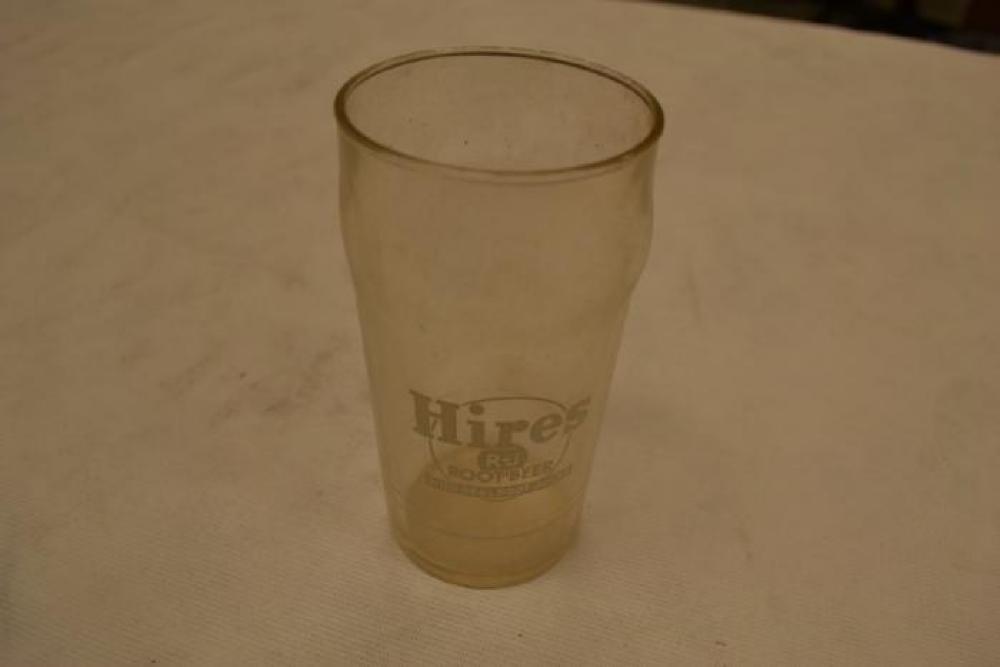 A tall, clear glass cup. Printed along the side is "Hires Root Beer (With real root juices)" in white ink. The glass bulges slightly at the top and tapers down toward the bottom. Between the "Hires" and "Root Beer", there are the letters "R-J". There is a printed HA on the bottom of the glass.