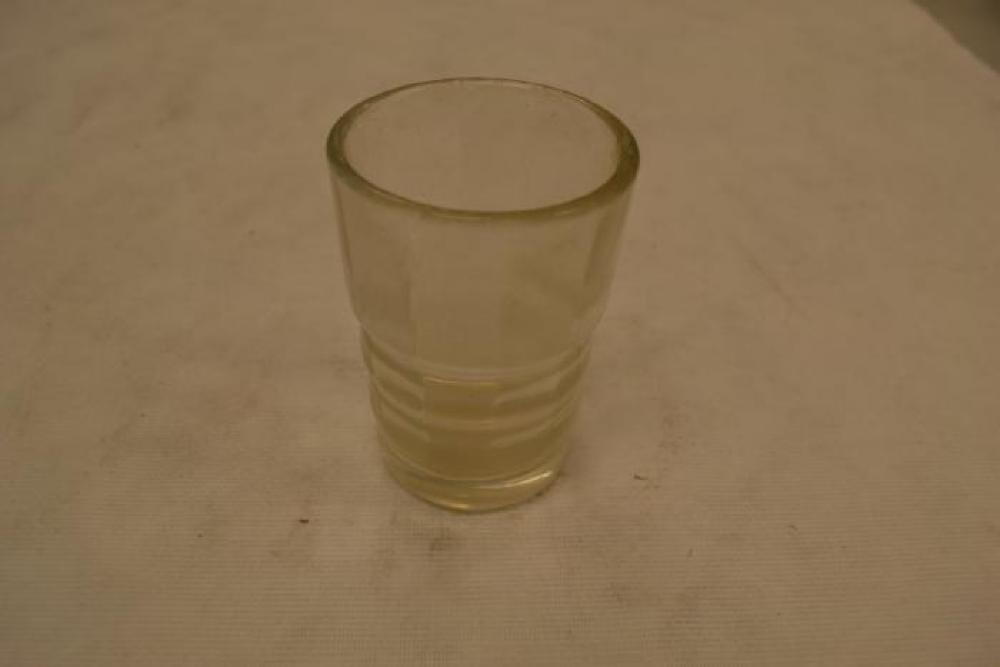 A small, though thick, clear unmarked glass. Has vertical striations and is "ribbed" down its lower half.