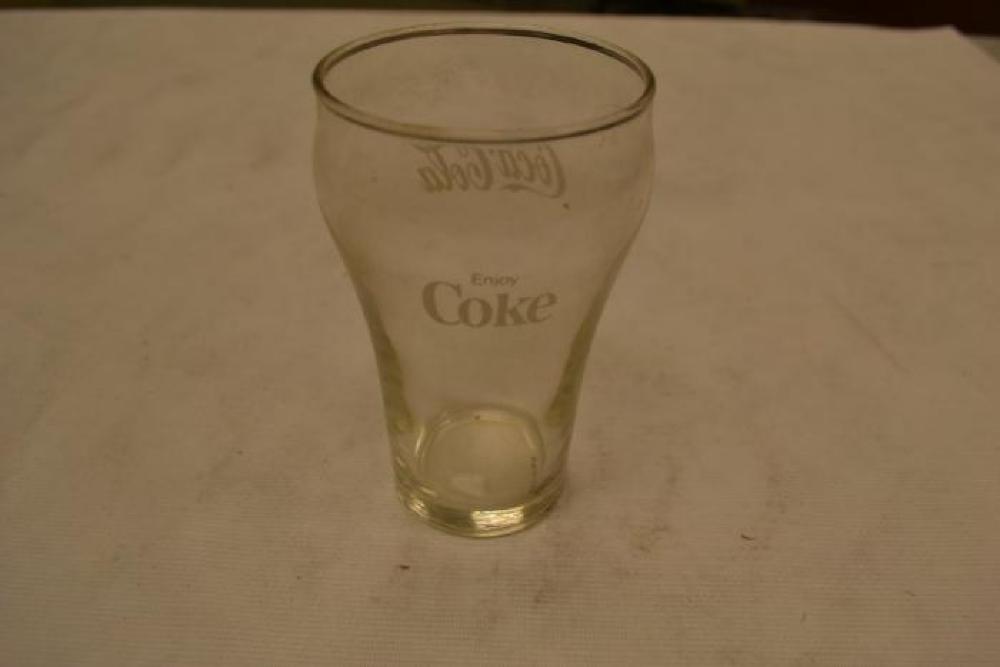 A large soda pop cup made of transparent, clear glass and with the "Coca-Cola" logo printed in white along the side. The glass bulges slightly at the top only to taper down toward the bottom. One side reads "Enjoy Coke" while the other says "Enjoy Coca-Cola".