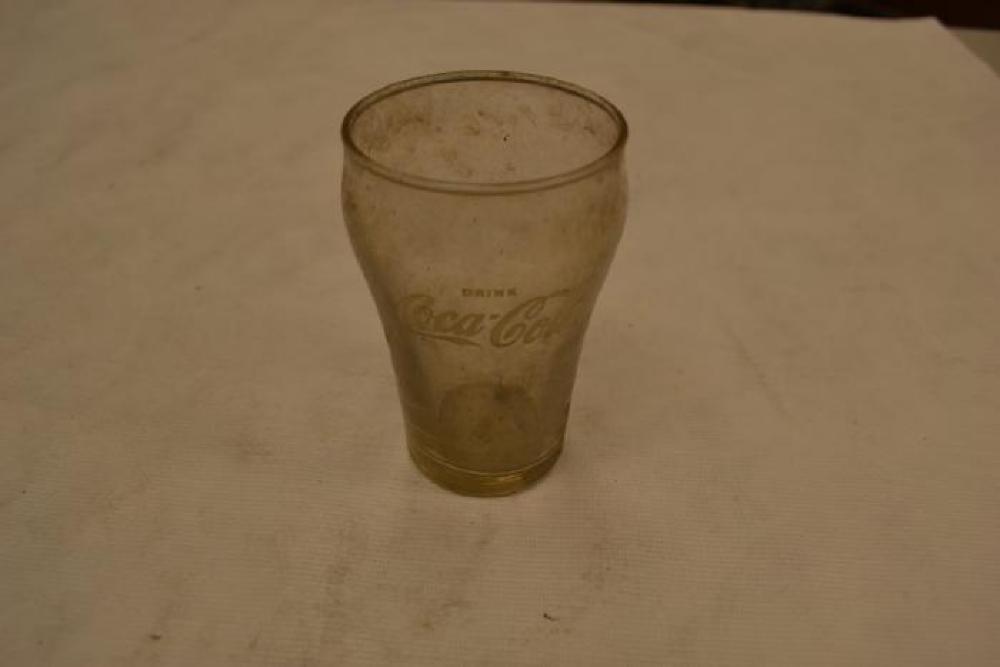 A small soda pop cup made of transparent, clear glass and with the "Coca-Cola" logo printed in white along the side. On top of the logo, it says "drink". The glass bulges slightly at the top only to taper down toward the bottom. There is a star stamp on the bottom, along with a circle with an L shape in it on slightly raised glass.