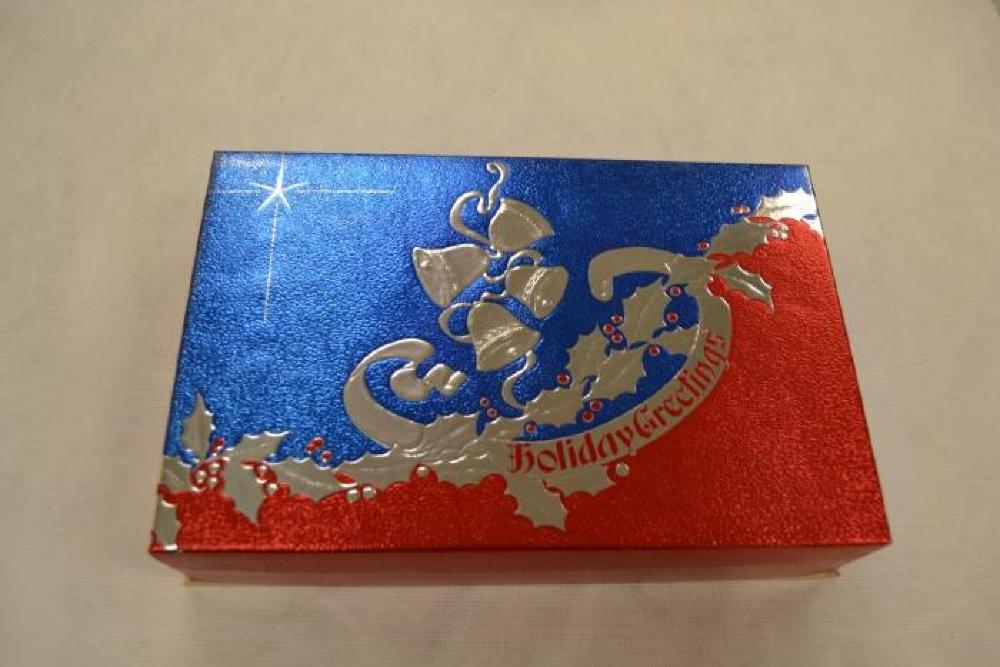 A medium Christmas chocolates holder, this item is split from its bottom left corner to the top right corner by a wreath of mistletoe. In the center of the box is also an image of four bells and "Holiday Greetings" in silver font. Finally, in the top left corner there is an image of the North Star. The box also contains some wax paper.