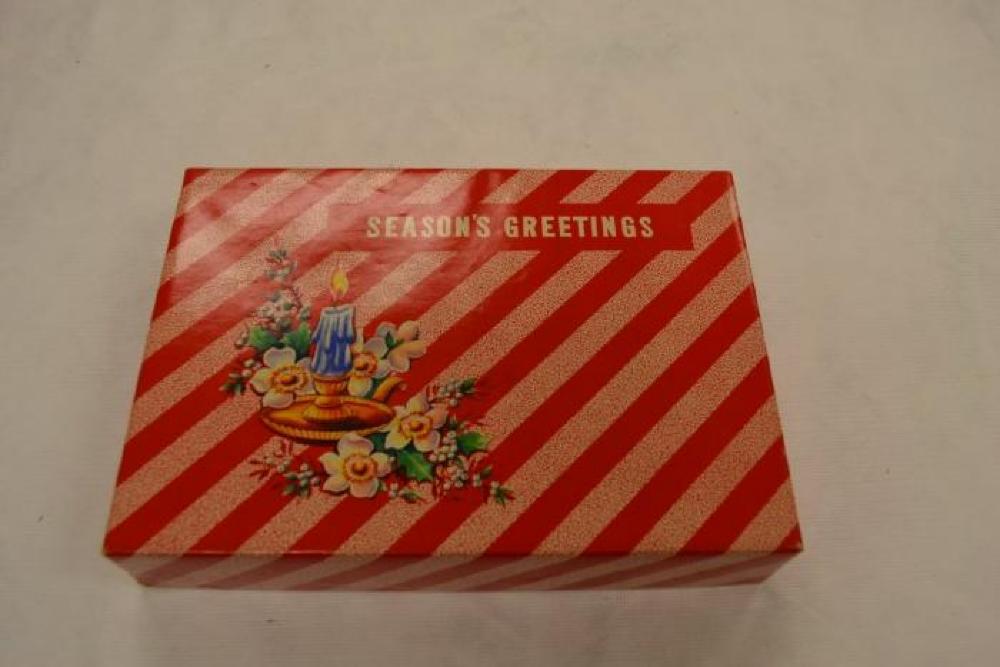 A large, red candy box covered in a slanted line-patterened paper. The box is for Christmas candies as it says "Season's Greetings" and has an image of a mistletoe-adorned candle. The candle is blue with a flame burning on it. It is in a golden candleholder. There are white flowers and mistletoe around it. The bottom of the box is white.