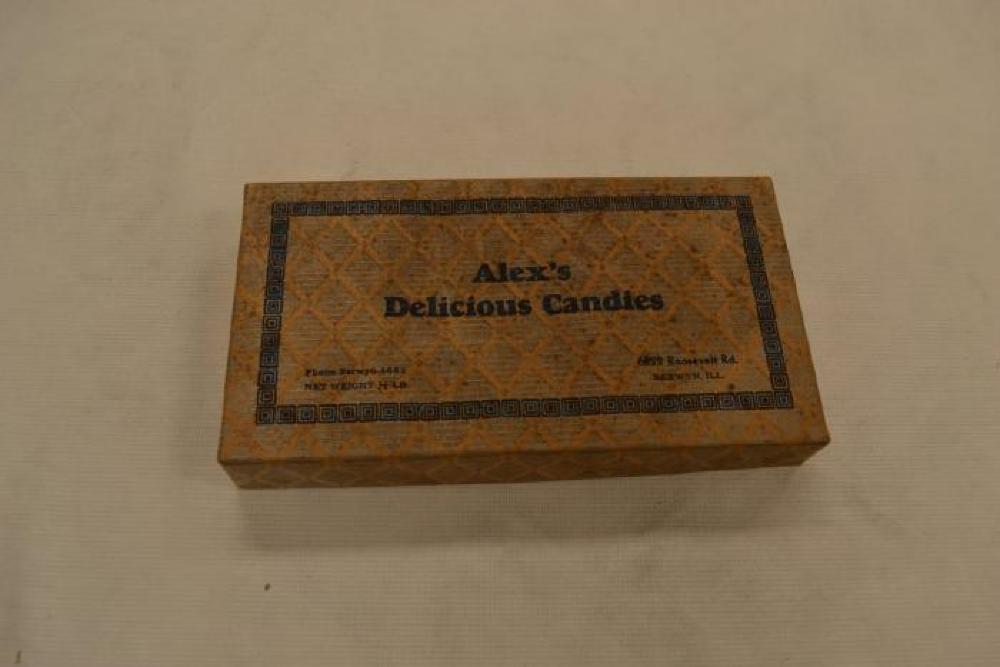 A small, peach candy box from Alex's Candy Shop. The front reads "Alex's Delicious Candies" along with the address and phone number of the store and the weight of the box in dark blue. All of this is surrounded by a border of concentric squares. The bottom of the box is white.