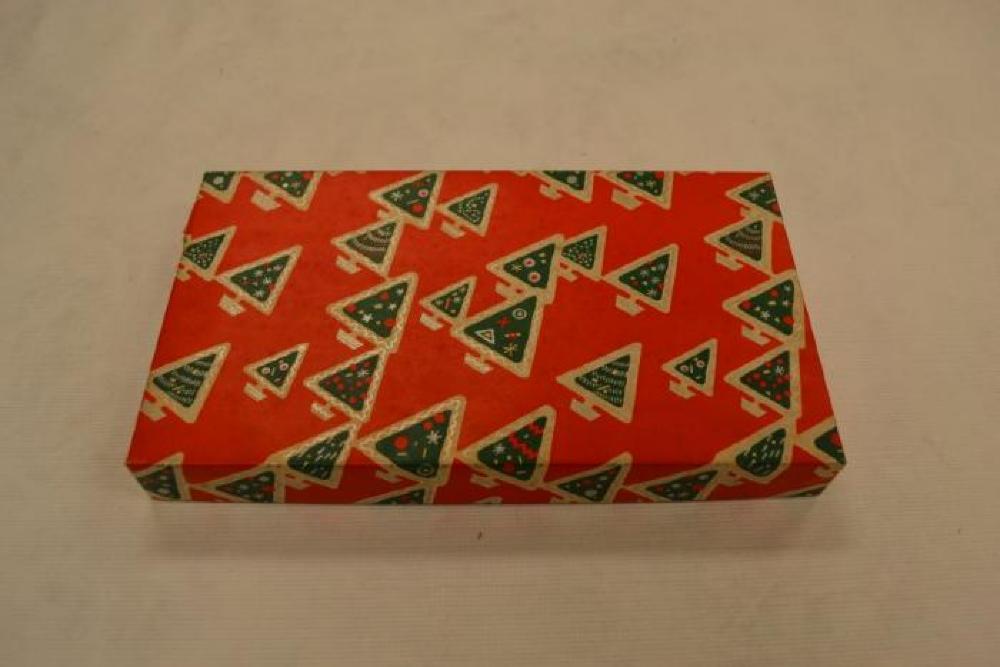 A medium sized, red candy box. This box is covered in small Christmas trees and has some slight tearing in its paper.