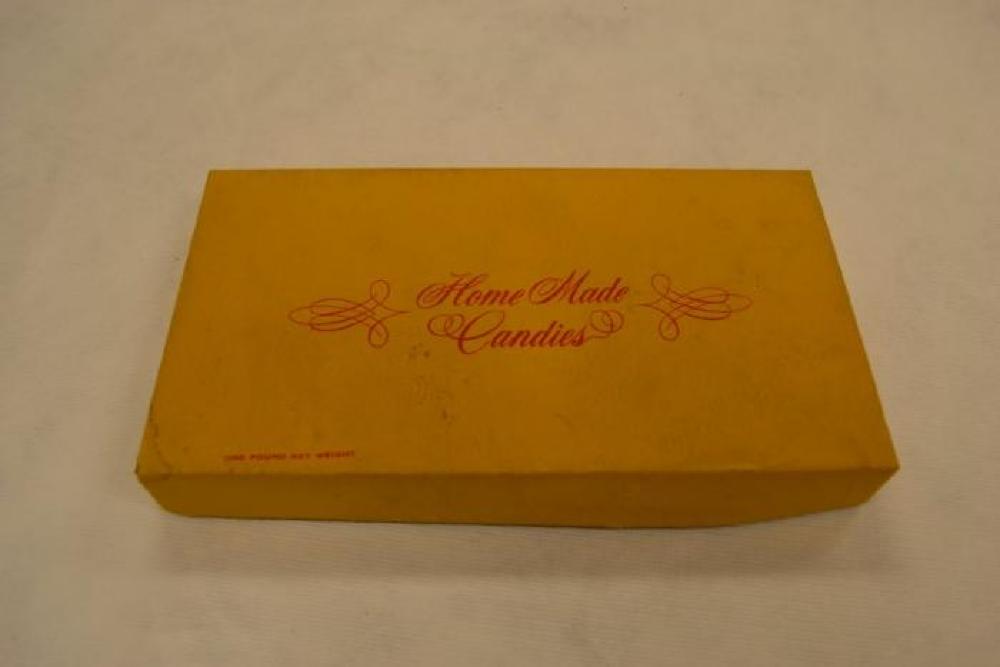 A medium candy box. This item is yellow and only has "Home Made Candies" written on its face (along with "One Pound Net Weight" in fine print at the bottom). Additionally there is some pinstriping around the words. The top of the box has a slight swirly designs. The bottom of the box is brown.