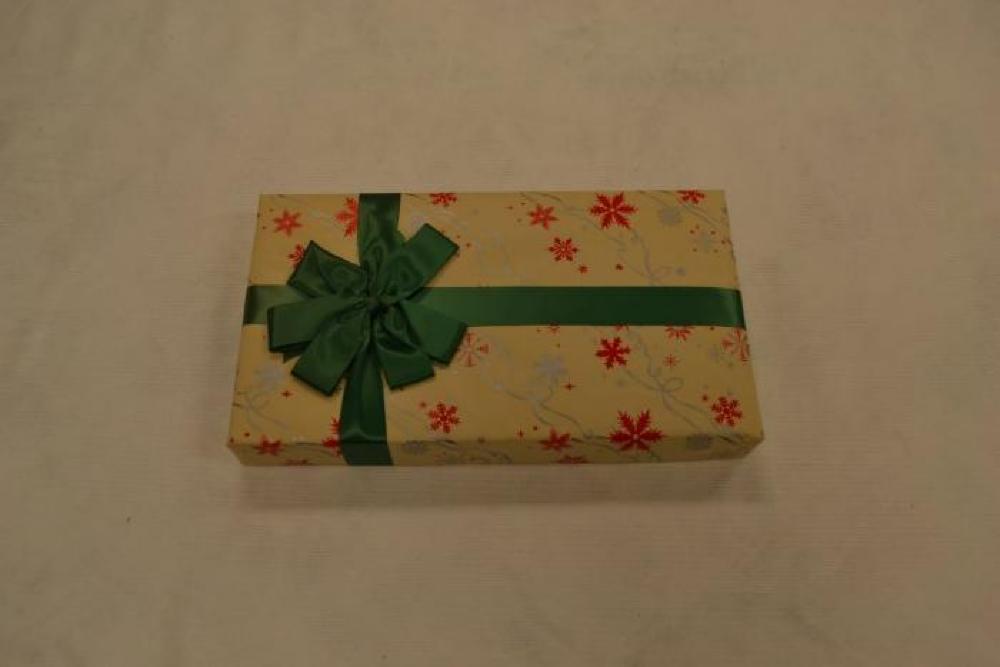 A medium candy box. This item is a Christmas-themed candy box with wrapping paper covered in snowflakes and a large, green bow across its front. There are some frills on the inside but the box does not come with any removable wax paper.