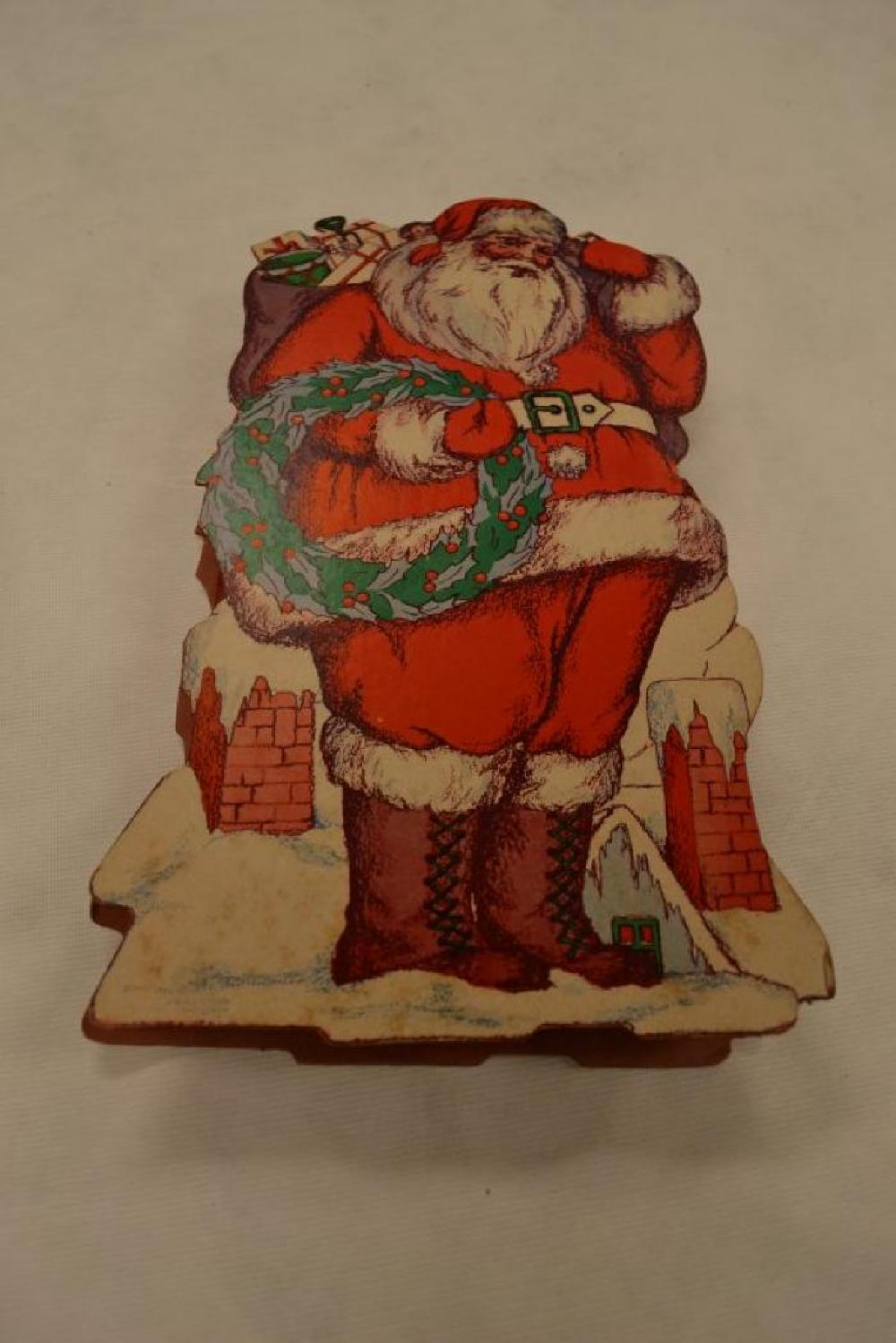 A large, Christmas-themed candy box. This one is in the shape of Santa Claus holding his bag of toys and a wreath of Mistletoe while standing on a rooftop.