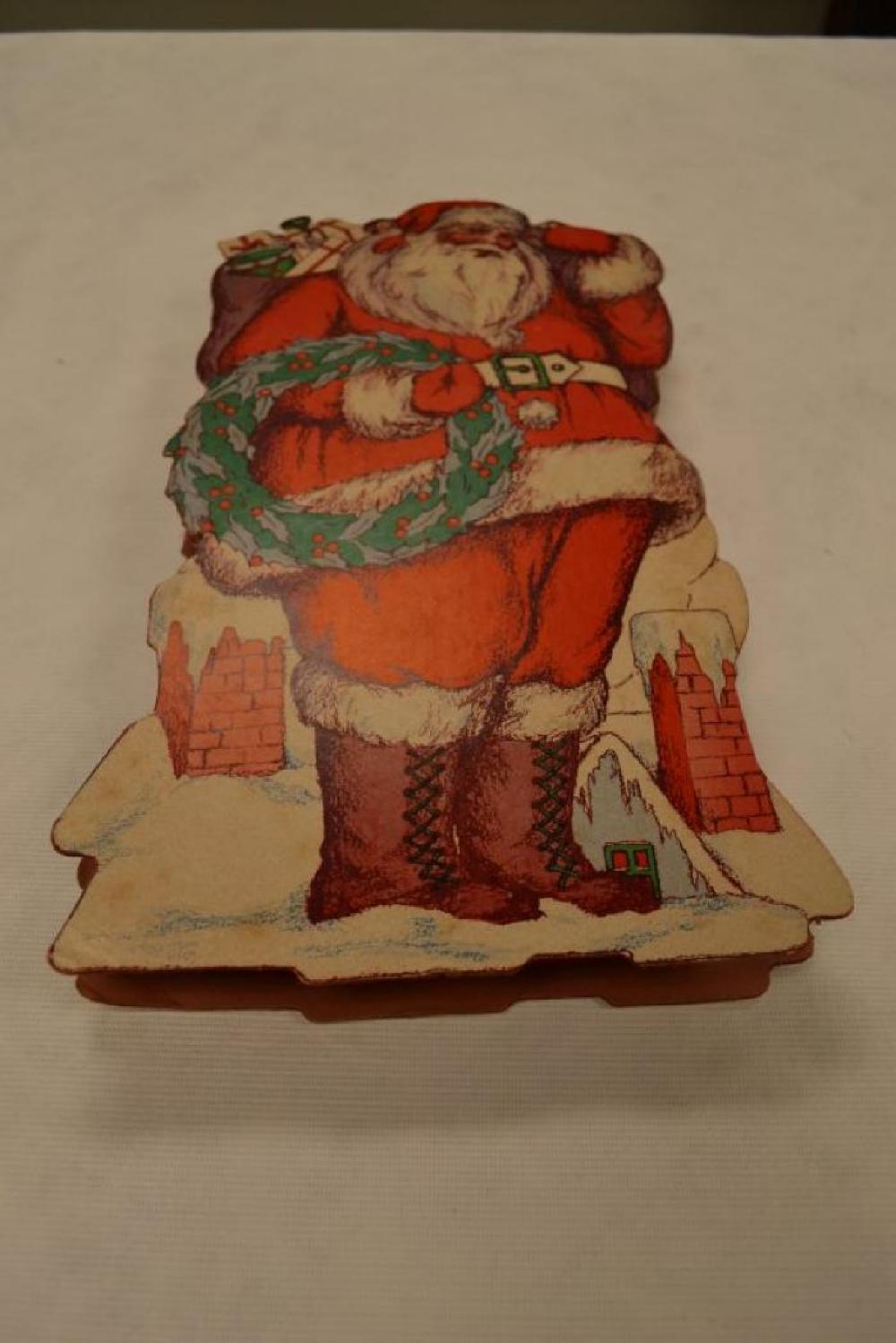 A large, Christmas-themed candy box. This one is in the shape of Santa Claus holding his bag of toys and a wreath of Mistletoe while standing on a rooftop. The bag has white boxes with red bowties, along with a green drum. The roof is covered in snow, and there are brick rectangles on either side. The figure of Santa is wearing a white belt with a green buckle. The back of the box is cut in the same shape. The box itself is red. It is stored in a cardboard box with red writing that says "XMas" as well as black writing that reads "One 1 lb. No. 802"