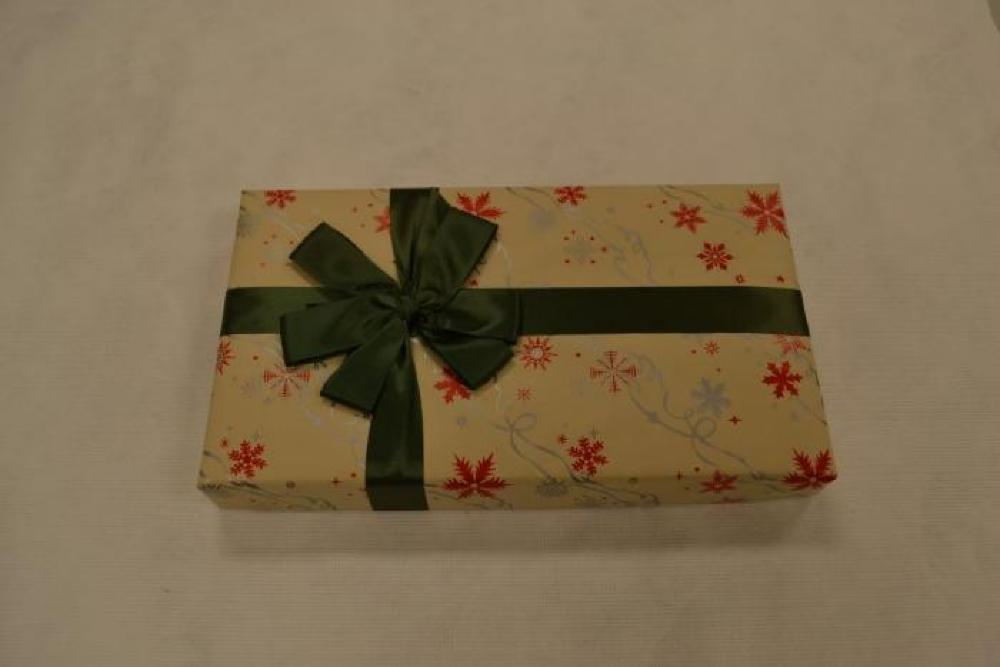 A medium candy box. This item is a Christmas-themed candy box with wrapping paper covered in snowflakes and a large, green bow across its front. There are some frills on the inside but the box does not come with any removable wax paper. The paper is white with red and silver snowflakes with silvery ribbons. This box is stored in a cardboard box. The bottom of the box is white. The side of the cardboard box says "No.X-16-1, Mfg. by Quincy Paper Box Co., Quincy, Ill."