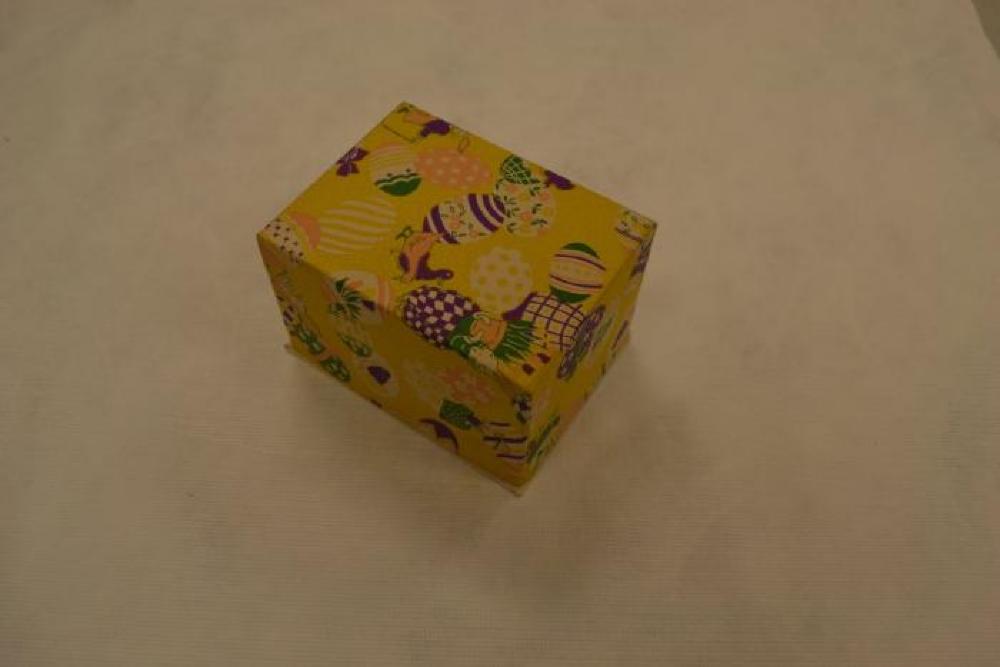 A small, yellow candy box. This box is an Easter item as it has numerous images of rabbits and painted eggs across its surface.