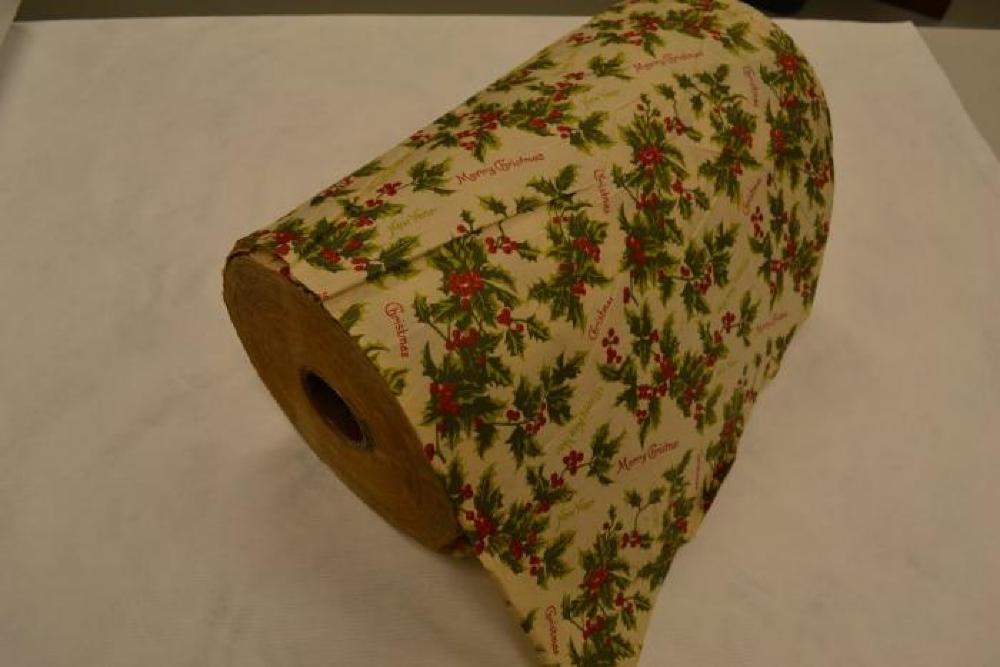 A large roll of paper. The paper is a Christmas-themed item covered in mistletoe and the words "Merry Christmas" and "New Year". Additionally, the roll has metal cups pressed into either end, presumably to be used as rolling points for when it is mounted and being used.