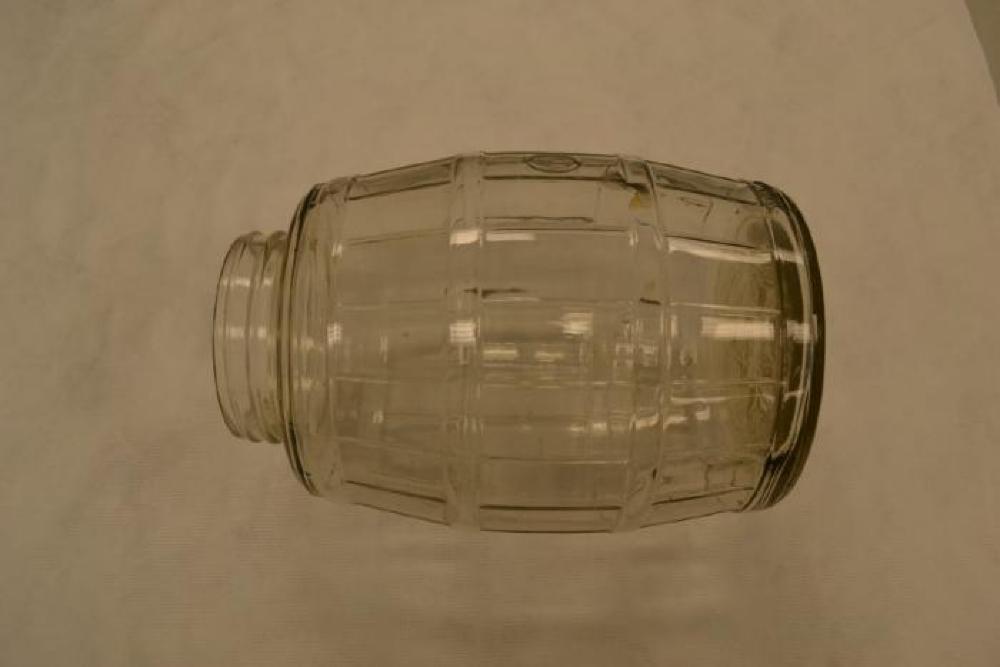 Duraglas, (created by)
Rassogianis/Franks families, By (owned by)
Franks, Rassogianis; (is related to)

Large glass jar, probably used for storage of candies of one form or another. The jar is not too dissimilar in shape to a tiny wooden barrel. In fact, the seams in the glass mimick the look with two skinny bands wrapping around the bottle and numerous wider, bowing bands running up and down the bottle's length. The top of the bottle has the threading for a metal top, but that has been missplaced.