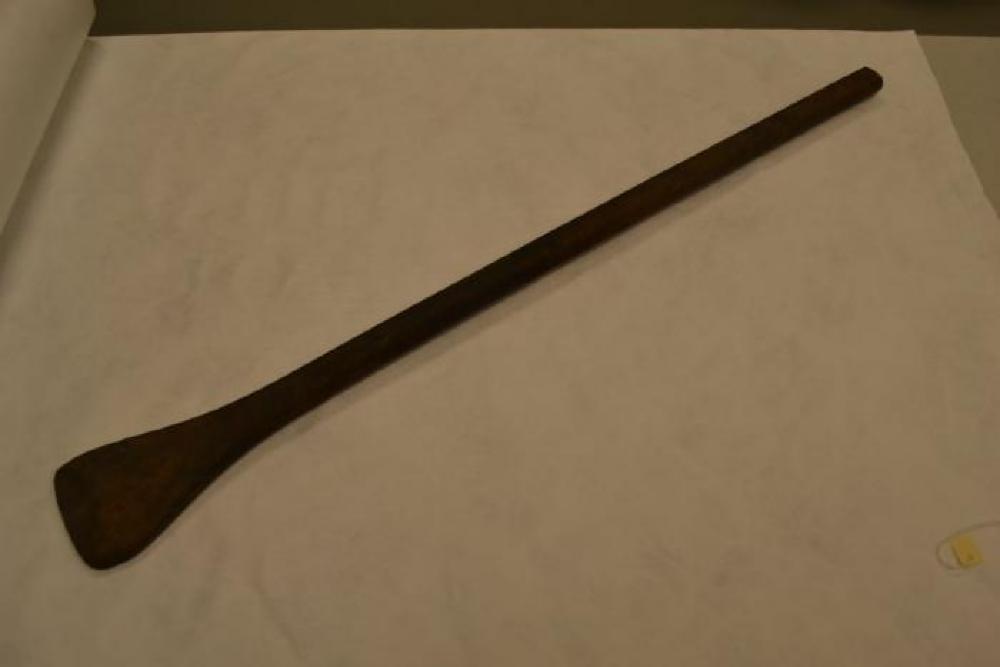 A large, long wooden stirring padle. this item was used to mix and stir candies and popcorns during their cooks processes. Likely used with the large copper pot, this item gave the user a long enough reach to avoid the severe heat of the candies being prepared.