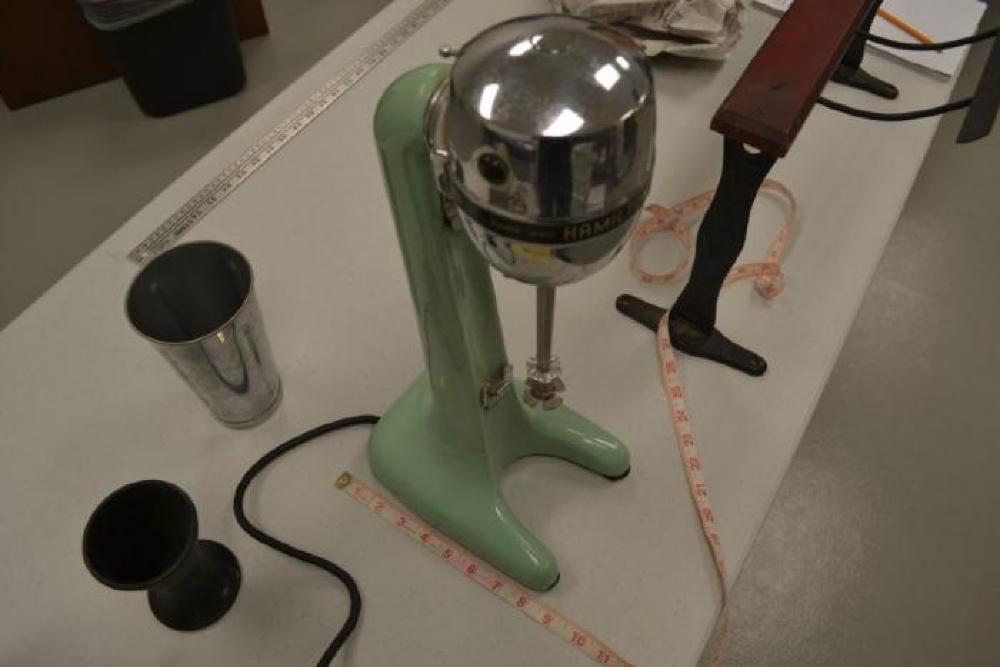 This is a aqua green, Hamilton Beach "Drinkmaster" mixer. it was probably used most as a milkshake mixer though other applications could have applied. The body of the machine is green while the head (where the motor is housed) is chrome finished. The entirety of the machine (besides the cord) is metal.