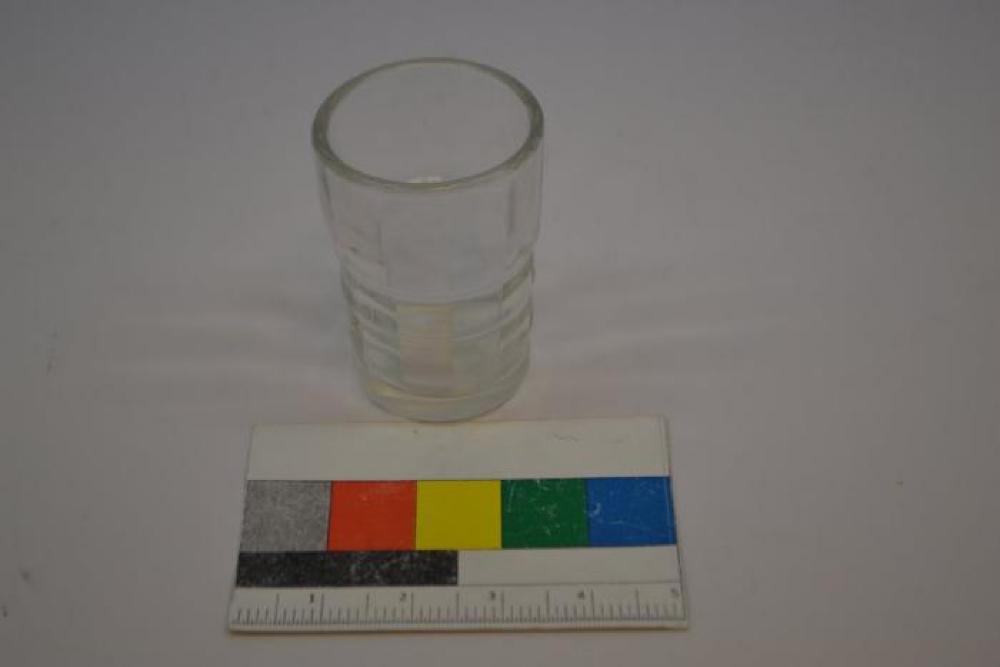 A plain, unmarked glass, this item is in good condition. The glass is clear and has no indications of any serious damages or scrapes or anything across its entirety. The glass bluges slightly at the top but otherwise maintains a straight up and down body. The glass is wider at the top and slowly tapers towards the bottom. It has three bulges as it goes out. The bottom comes in slightly.