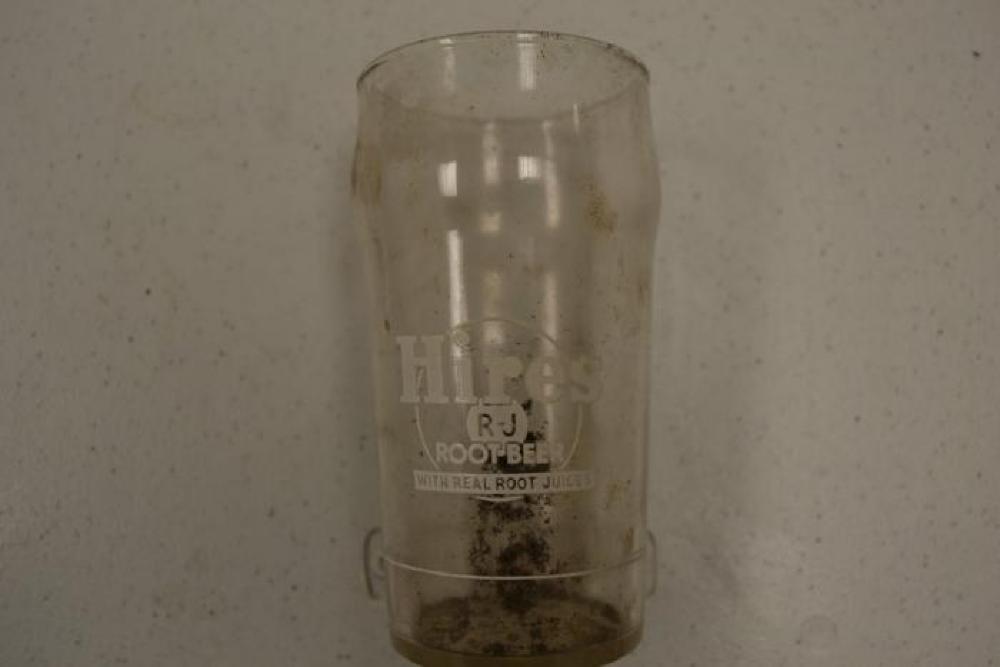 USA, (created by)
Rassogianis/Franks families, By (owned by)
Franks, Rassogianis; (is related to)

A "Hires" Root-Beer glass, this item is in good condition. The Glass is clear and has "Hires Root Beer; with Real Root Juices" printed along the side. The glass bulges slightly at the top but otherwise maintains a straight up and down body.