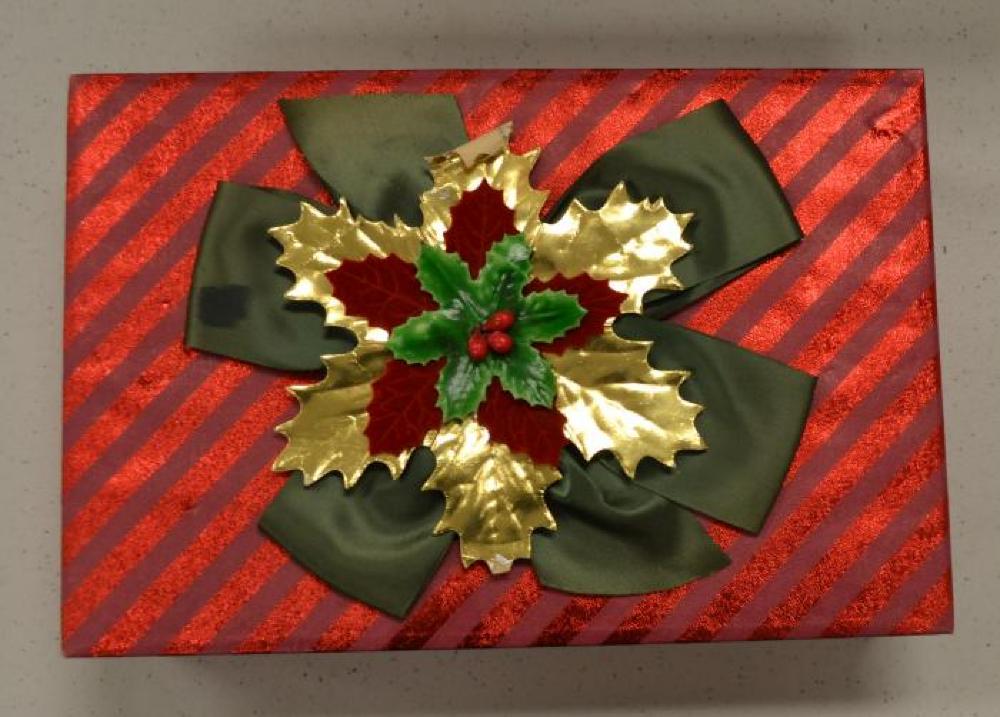 A red candy box from the candy store. Adorned with diagonal dark striping and a green bow with fake gold mistletoe on the top. The box is Christmas themed and shows little wear. The only evident damage is a stain on part of the bow. The box also contains some of the original wax paper and sheeting. The bottom of the box is silver colored. The box was used to store and sell candy from Alex's Candy Shop.