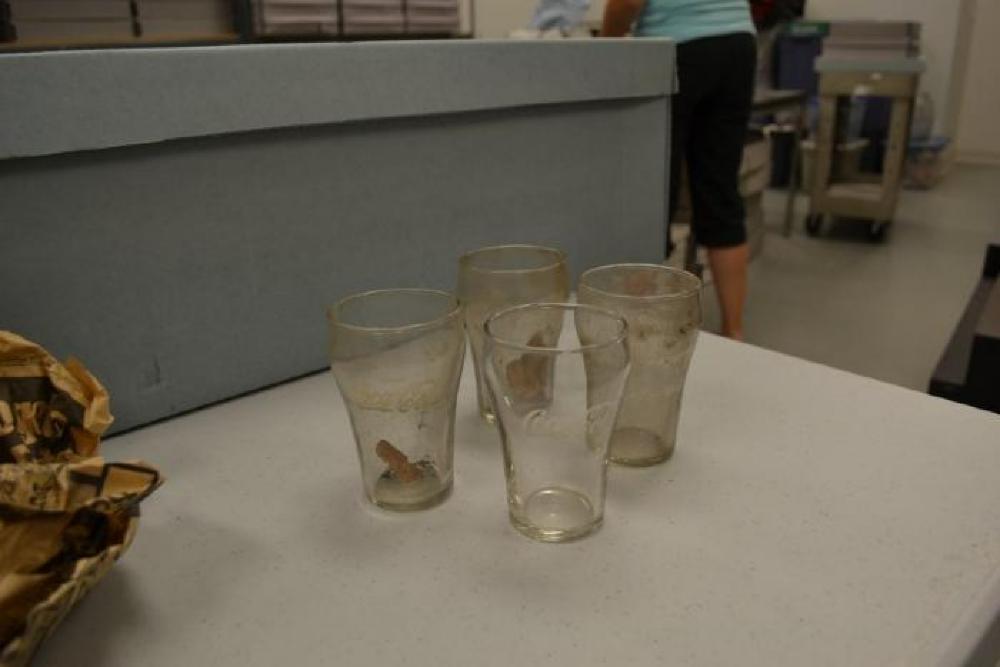 Small Coca-Cola marked glass. The glass itself is clear and has a white Coca-Cola label printed along the side. The top of the glass bows slightly and then tapers toward the bottom. Glass was used for rootbeer floats, ice cream shakes, or simple soft drinks