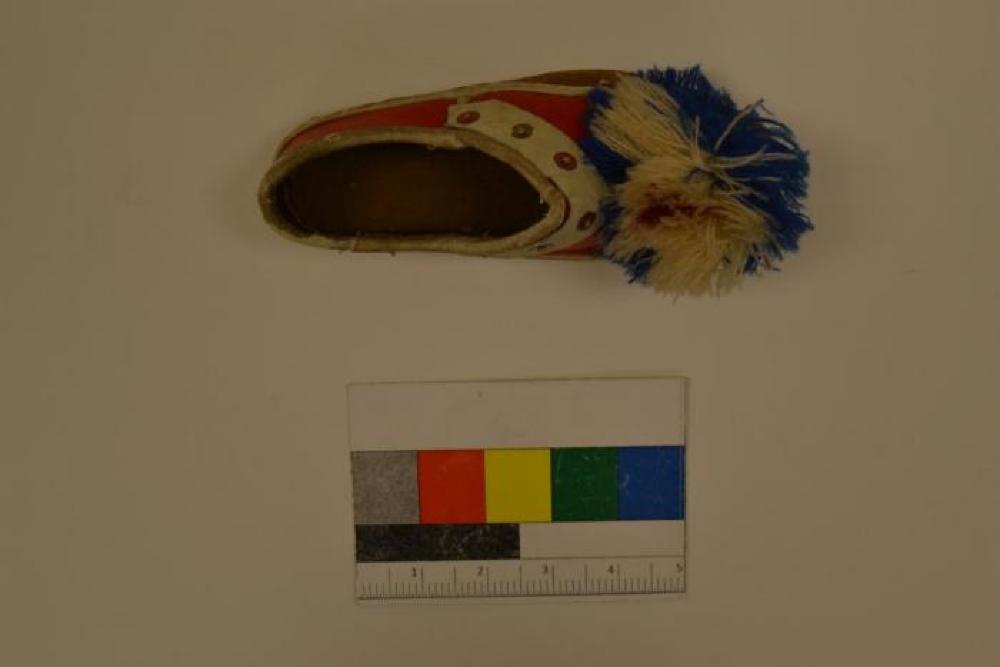 The shoe was donated on behalf of Louis Vellos who brought the object from Greece in the early 1950s. Tsarouxia (shoe) originate from the Byzantine times and were worn all over the Balkans. They were worn by rural and urban men, and even women. In the 19th century they were seen as backwards by urban people and only worn by rural men. Before WWI they were even used in combat. Originally, the pom-pon was added to make the shoe waterproof, but now is for decoration. The shoe is part of a child's Foustanella. The Foustanella is the official uniform of the Evzones who are the Presidential Guards. The Foustanella is the official costum for men. The look includes a loose-fitting shirt, an embroidered vest, Fez hat, and fustanella which is a skirt-like garmet.