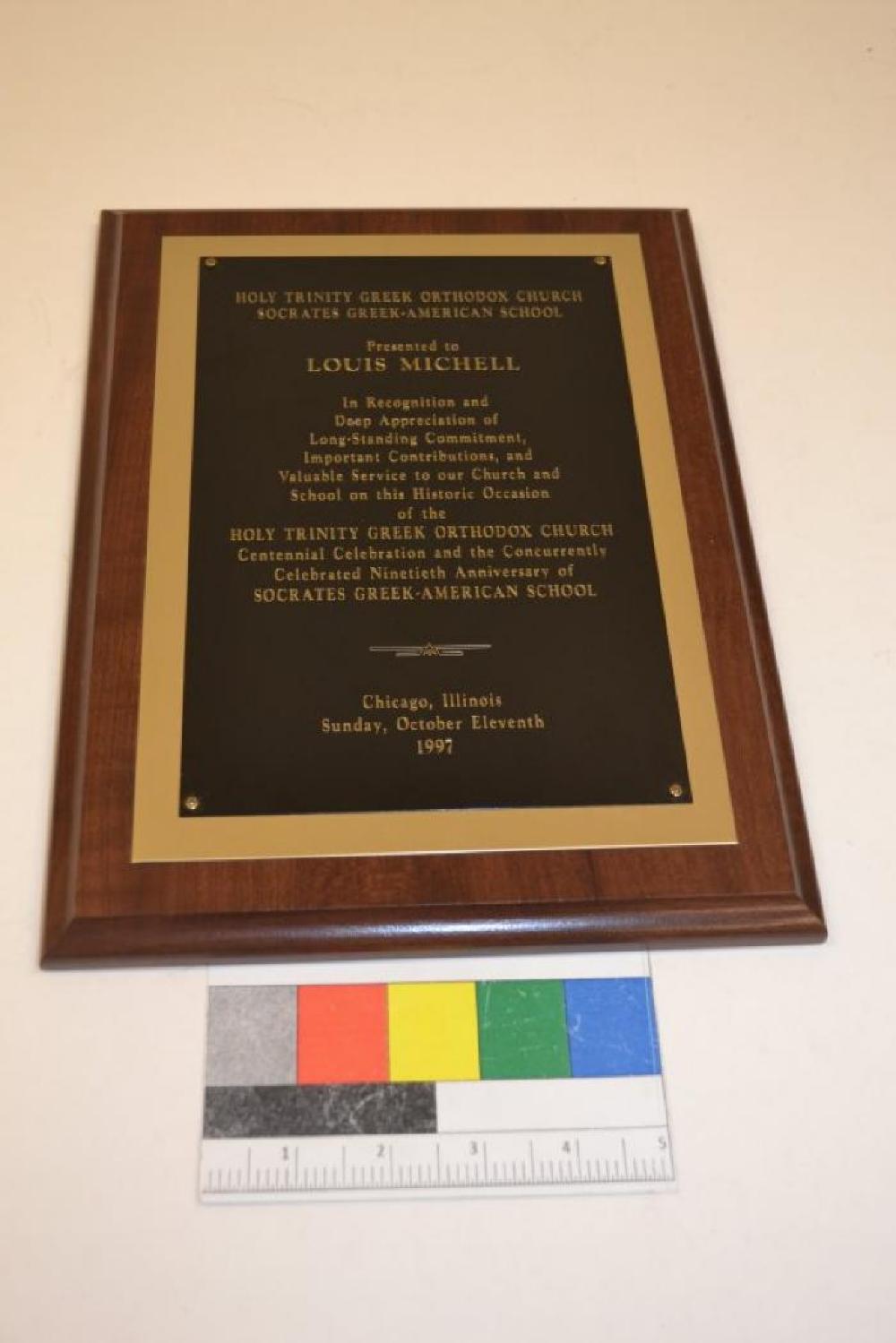 LOUIS MITCHELL ESTATE (is part of)

Holy Trinity Greek Orthodox Church and Socrates Greek-American School. Presented to Louis Michell in recognition and appreciation of long-standing commitment, important contributions and valuable service to our church and school on the occasion of the Holy Trinity Greek Orthodox Church Centennial Cellebration and the Concurrently celebrated 90th anniversary of Socrates Greeek-American School.

Holy Trinity began as a small community that was established in 1882 as St. Vladimir’s. The first services were held in a house on North Noble Street and later in a rented house on Racine (then Centre) Street near Madison Street. The community then consisted of a small group of Orthodox immigrants from Carpatho-Russia and Galicia. In its early years of existence, the cathedral parish served as a catalyst for the establishment of several other Orthodox parishes in the Midwest. It has served as a means of uniting Orthodox immigrants in the Chicago area, providing the guidance and leadership for several of the Midwest’s Orthodox parishes, as it was the first Greek Orthodox Church in the Midwest. In 1907 the Socrates School opens its doors as the first Greek school outside of Greece in the entire world. Greek language classes are offered to the community at Jane Addams' Hull House on Sunday afternoons and Wednesday evenings. In 1917, the school added English classes and renamed itself the Socrates Greek-American School. It is now part of the Hellenic American Acadamy and serves pre-K through 8 graders.