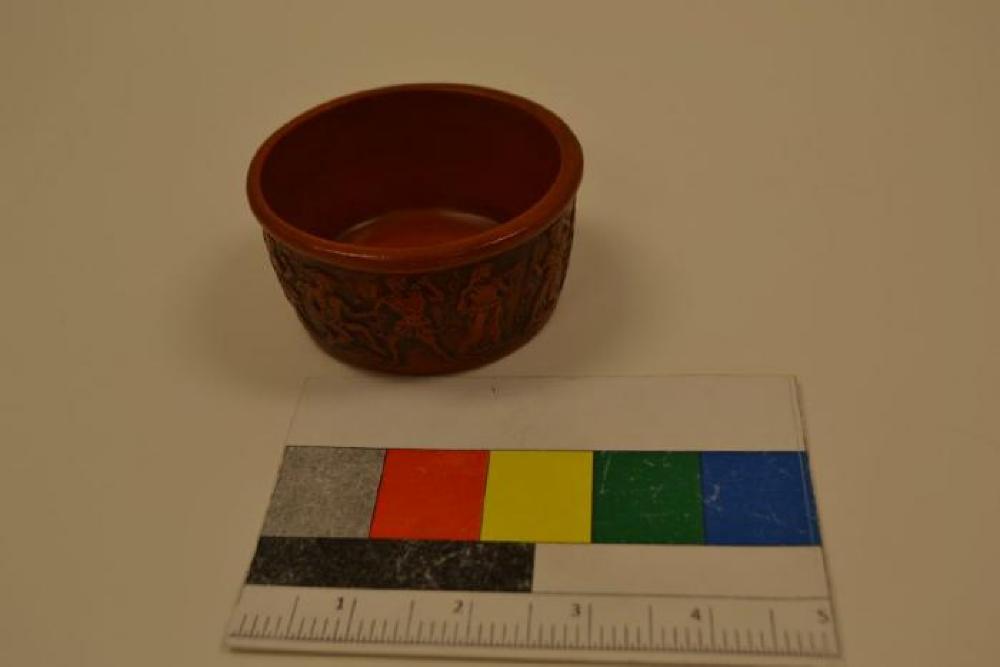 JANE SARLAS FONTANA (is part of)

Found among Jane Sarlas estate, donated by Chris Sarlas. This was a souvenir brough over from Greece. Due to the inscription on the bottom of the bowl saying "Made in Greece" it is clear that this is not an ancient artifact but a modern creation made to apperar older than it is. The wash and images shown on the bowl show that this was made with influence from the ancients.