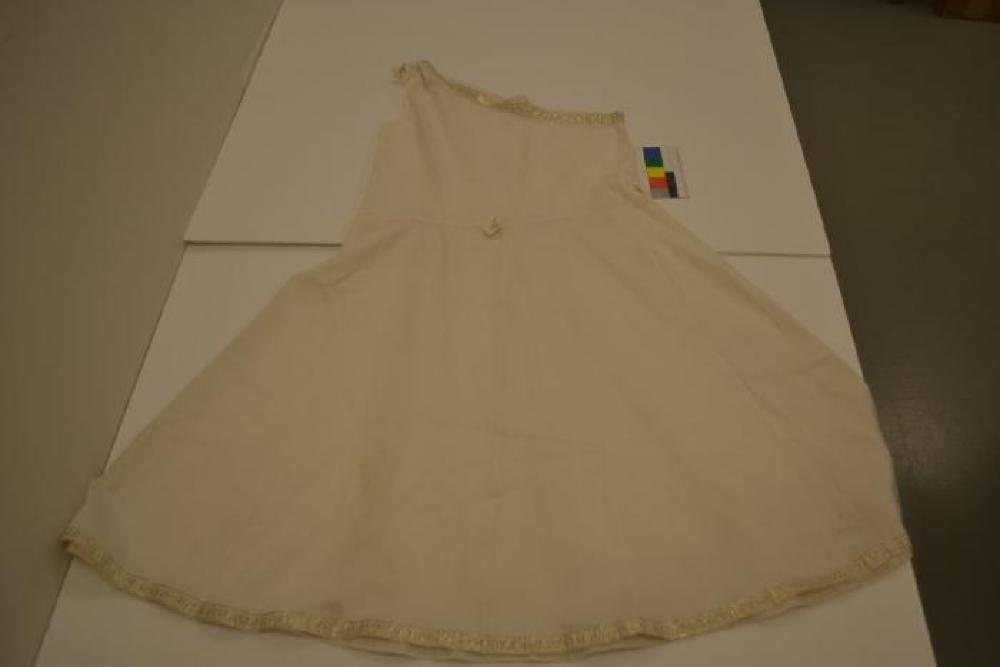 American Society, United (is related to)

Off white dress/toga. Sleeveless, one shoulder top. The shoulder strap is connected by velcro and the entire neckline is lined with a gold and white Greek Key. At the waist there are three belt loops, two on the side and one in the front. The skirt has a slight flair to it and the very bottom of the skirt is trimmed with the gold and white Greek Key. There is some staning on the skirt.