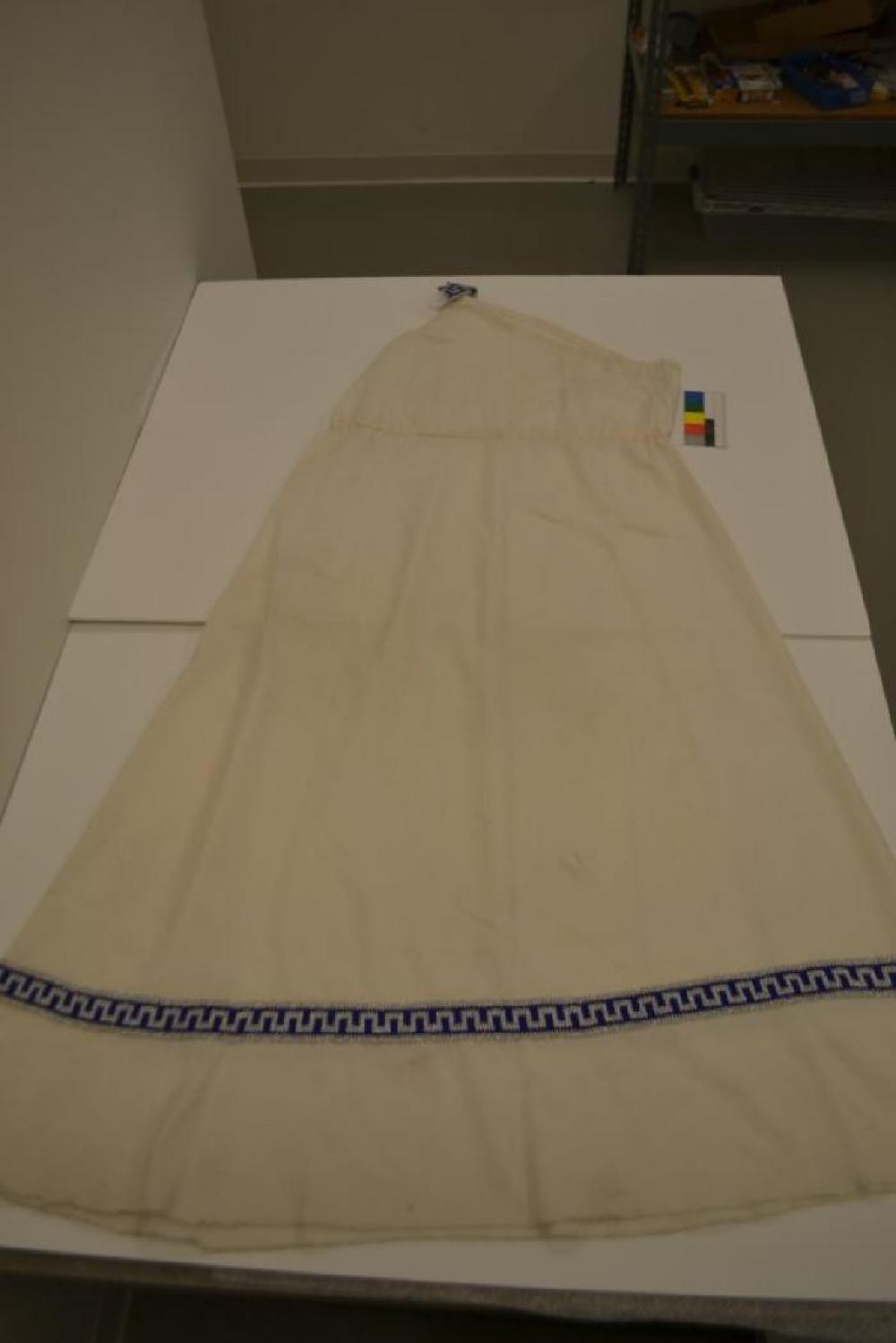 Off white, full length dress/toga. No sleeves and is a one shoulder strap. The strap is hooked with a metal clip and there is a decorative bow in the shoulder which is blue and silver and embroidered with the Greek Key. The waist is sinched in with sting and also has belt loops on the side of the waist. The remainder of the dress is plain till about eight inches from the bottom where there's is another blue and silver Greek Key strip that goes around the whole dress. Below that strip is plain till the end of the dress. Lots of staning at the base of the skirt.