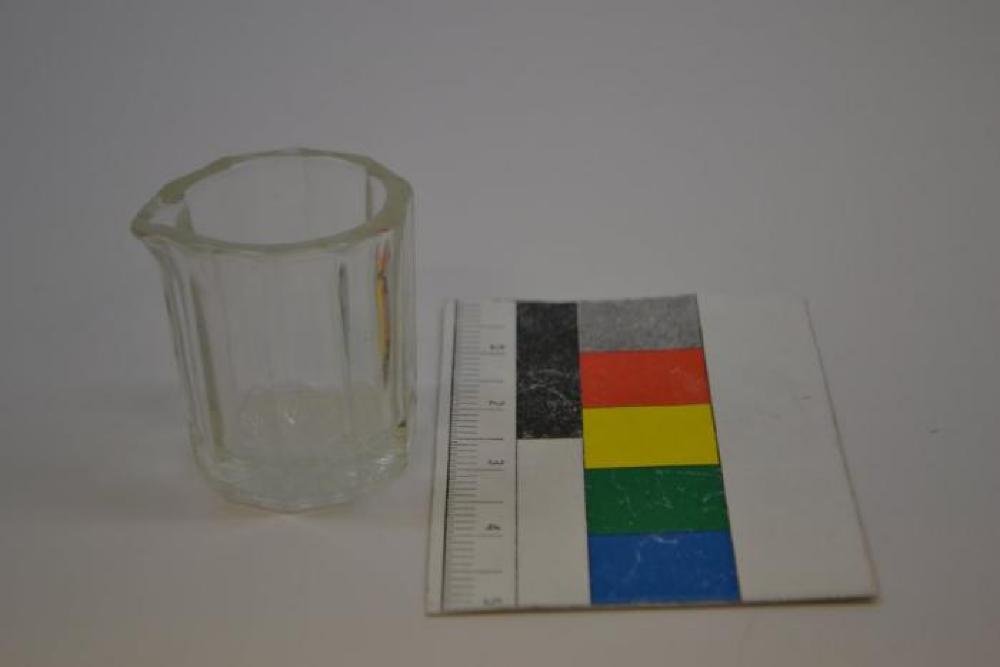 CUPID CANDIES (is part of)

Small, cylinder shaped glass with cut designs, including a decagon around the outer bottom which extends to the body of the glass, and a star/sunburst cut design on the bottom center. Glass has a small, extended spout on one end for ease of pouring.

This is a hot fudge glass from Cupid Candies. Cupid Candies is a small candy store and ice cream parlor chain owned by Polychronis "Paul" Stefanos Sr. and his family and based in the Chicago Land area. Their main manufacturer is on Western Avenue in Chicago. The company first began in 1963 on 63rd and Kedzie in Chicago and pride themselves on using the same candy making tools that they began with and that their candies and fillings are hand dipped and homemade; as well as using natural ingediants. Paul Stefanos Sr. immigrated from a sheep farm in Southern Greece during the depression era. He married Pauline and they opened the first store together. Paul died in 2002 aorund the age of 100-102 (His family is unsure of his real age) of heart failure. Now his son, Paul Jr. one of 3 children owns the company. They have expanded from a few local shops to retailing hospitals and gift shops with their candies. John, another sibling of Paul Jr, also helped in the expanse of the company by developing private labels for others companies such as Crate and Barrel, Figi's and Golden Farm Candies. However, the number of store locations has deminished to three stores (as of 2007). They also began manufacuting of Macy's chocolates.