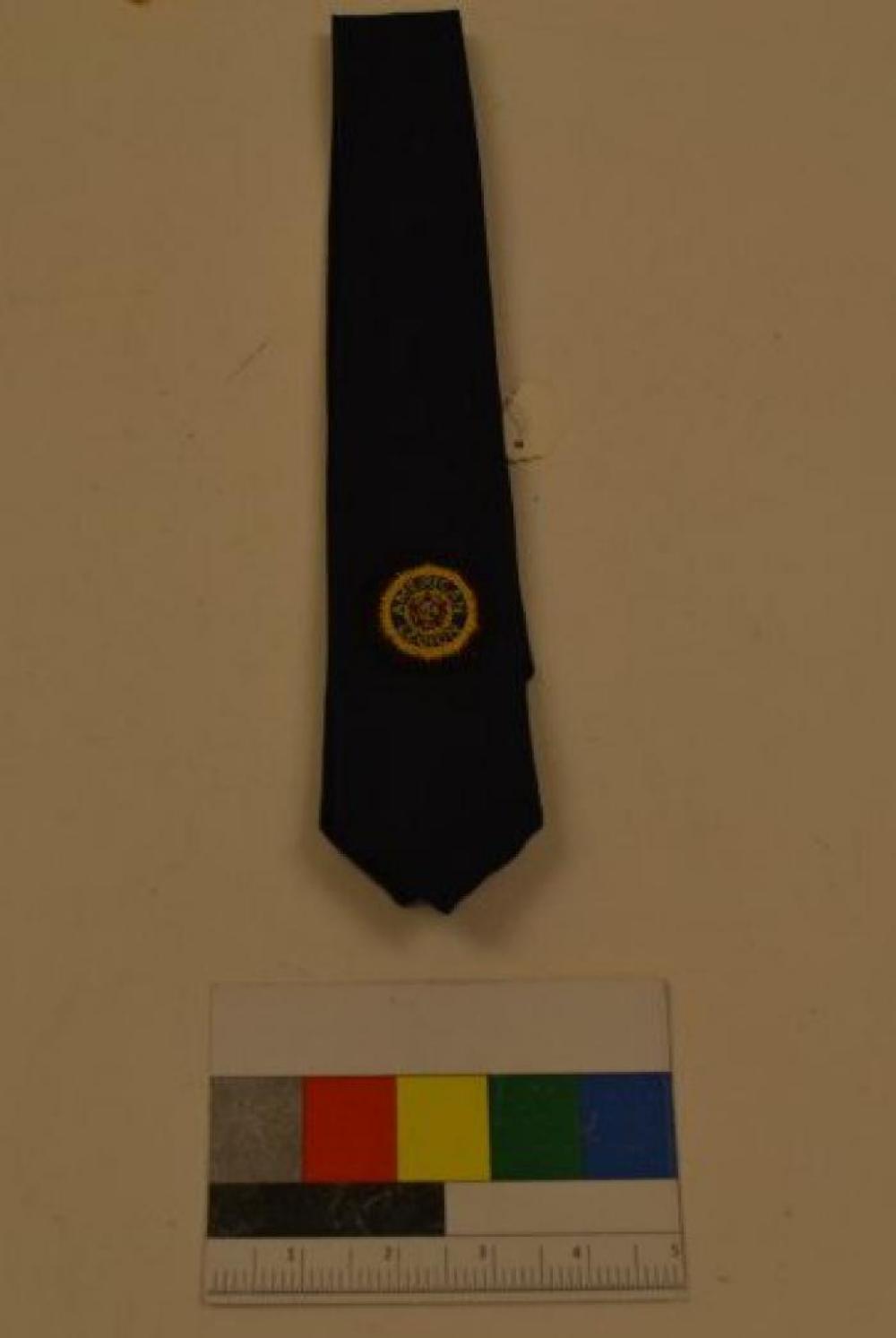 Mantzoros, Margaret (collected by)
Mantzoror, Margaret (is related to)

History of the American Legion: The American Legion was chartered by Congress in 1919 as a patriotic veterans organization. Focusing on service to veterans, servicemembers and communities, the Legion evolved from a group of war-weary veterans of World War I into one of the most influential nonprofit groups in the United States. Membership swiftly grew to over 1 million, and local posts sprang up across the country. Today, membership stands at over 2.4 million in 14,000 posts worldwide. The posts are organized into 55 departments: one each for the 50 states, along with the District of Columbia, Puerto Rico, France, Mexico and the Philippines. Information behind the emblem: "There shines the Emblem of the American Legion, it is your badge of distinction, honor and service. It stands for God and Country, and the highest rights of men. Of its several parts, each has meaning." The parts of the emblem include the rays of the sun, the wreath, the star, the outer rings, the inner rings, and the words, "American Legion".