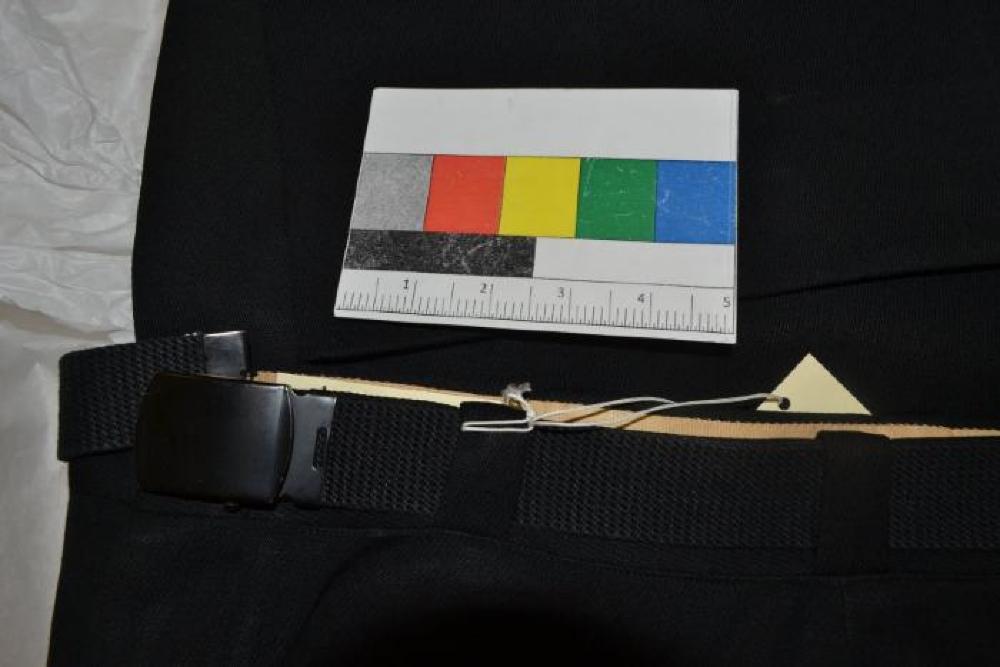 Defenders of Democracy (is part of)

Black woven cotton belt with metal buckle. It is wrapped around a pair of pants.

The uniform is donated by Captain George Sotos. He served in World War II and also took part in the Vietnam War. He was aboard the USS Nitro, an ammunition ship , in the Pacific when WWII started. Served on the USS PC 451 from 1941-1943. Was on the USS WILLIS(DE 395) for over two years. Went aboard as the gunnery officer and left as the Commanding Ofiicer two years later. He operated with the USS Bogue, a Carrier Hunter Killer Group in the Atlantic. The group was credited with 8 submarines and they earned the Presidential Unit Citation with battle star. Commanded Destroyer H R Dickson from 1954-1956. Commanded the USS Colonial in 1948. Commanded nine Destroyer Escorts in Escort Squadron Five in 1960. Head of Electronic Warfare for two years 1963-1965. Five years at the Defense Communications Agency in Washington. 18 months at the Military Training Officer at the Recruit Training Command, Great Lakes, Illinois. Two years as the Executive Officer of the Recruit Training Command at Bainbridge, Maryland during the Korean war. Two years at Great Lakes Naval Training Center as the Executive Officer of the Service School Commnad. One year at the Naval War College as a student. Two years as the Director of the Department of Defense Computer Institute in the Navy Yard Washington DC 1970-1972.