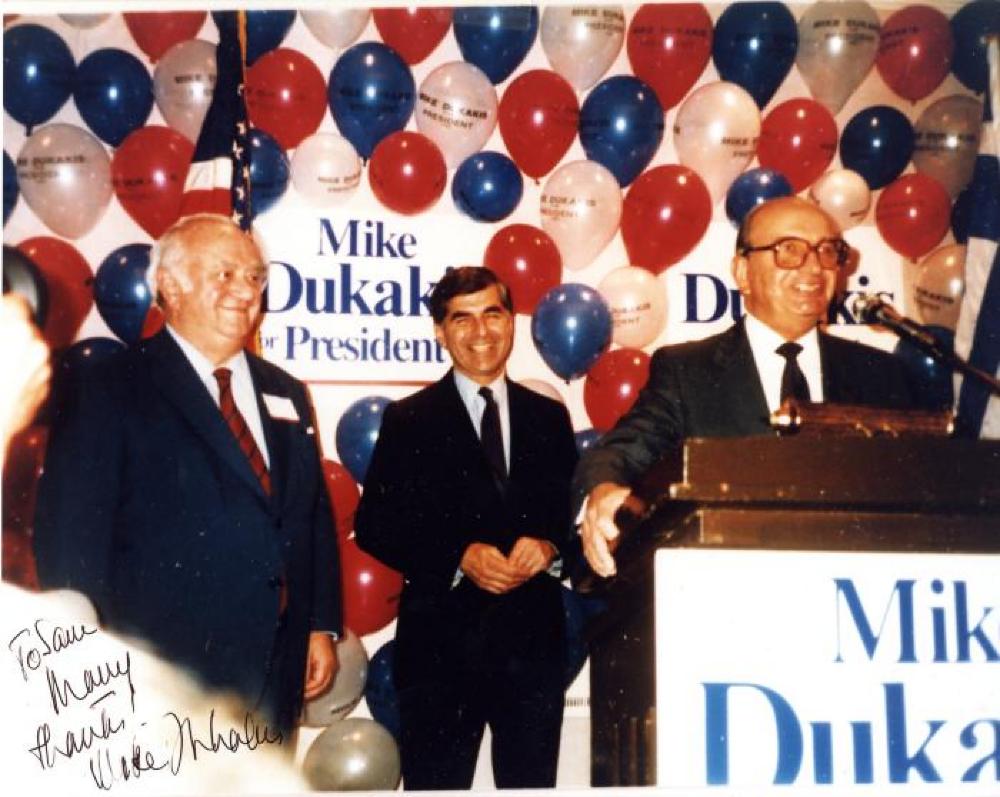 Color photograph of three men standing on a stage, with one man at the podium. All are wearing suits. The man at the podium is wearing glasses. On the left, the man is wearing a blue suit and a red tie. The next man is wearing a black suit and tie. Behind them, there are red, white, and blue balloons that say "Mike Dukakis for President," as well as a white sign saying the same thing. There is an American flag on one side of the picture and a Greek flag on the other. The bottom left corner of the photo is signed, "To Sam, Many thanks, Mike Dukakis".

Mike Dukakis was the longest serving governor of Massachusetts and the second Greek American to become governor. In 1988, he ran for president as the Democratic party's nominee. He lost to George H.W. Bush. His father was a Greek immigrant from Andramyttion in Turkey and graduated from Harvard Medical School. His mother was from Larissa, Thessaly, Greece.