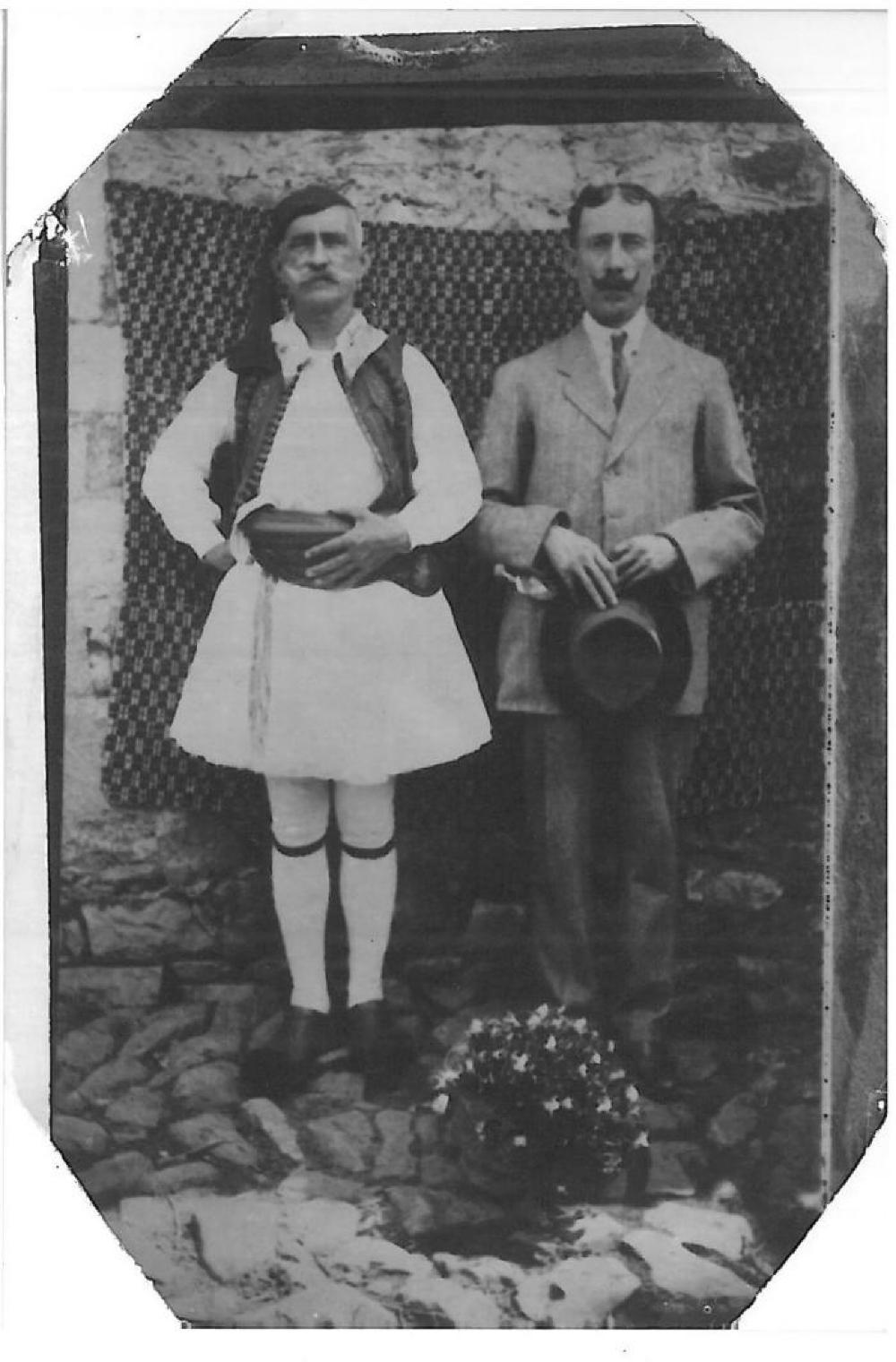 This photo feautes two men, George Kremidas and his brother Constantinos, standing in front of a building. The draped decoration on the stone wall and the cobblestone ground is identical to that in photo 2013.16.12. George is dressed in his traditional outfit, pleated shirt (ypodetes), waistcoat (phermeli), kilt (fustanella), and shoes (tsarouhia) that are in out collection, while his brother is dressed in a suit and slacks with hat held in both hands. There is small bouquet of flowers resting on the cobblestones at their feet. Both men are sporting impressive upturned moustaches but judge by differences in hair color, George is significanly older than his brother.

A note from the donors (George's grandchildren, Angleliki's son and daughter in law) tells us that this is a professionally reproduced photograph not the original. George's brother Constantinos was a bussinessman from Athens. This is probably why he is in a western suit instead of a traditoinal Greek outift like his brother. It was much more common for people living in rural Greece to still wear the traditional outfits at this time. George Kremidas and his wife Despina lived in the Greek village of Dessila, Greece. Dessila is a tiny village in the area of Messenia on the Peloponnese. Their daughter Angeliki, the third of five children, was the only member of the immediate family to emmigrate to America. While living in New England, she married Nicholas Apostolos and subsequently gave birth to two sons: George and James. The family moved to Michigan and both sons served in the military during World War II. Afterwards both sons earned degrees from Worsham College of Mortuary Scieince in Chicago and opened a mortuary in Muskegon, Michigan together. James married Geraldine Pavlis. In 1960 the two left to visit his family in Greece, however, on the day of their departure George Kremidas (James' grandfather) passed away at the age of 98. The personal artifacts included in this accession were given to the Apostles during this trip.