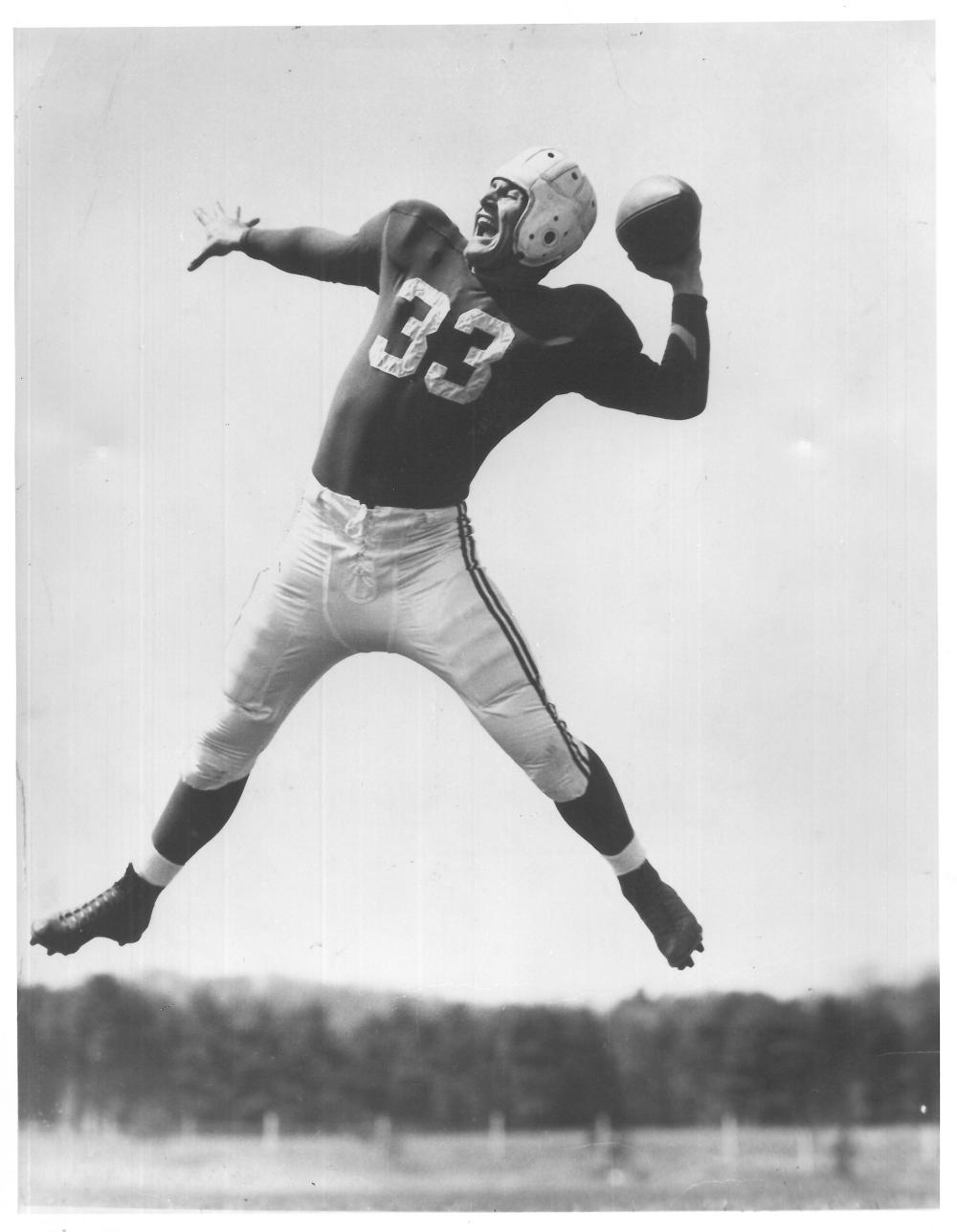 Donated by Nick Tsiotis. Aristotle George "Harry" Agganis was born April 20, 1929. Agganis was a football star at Boston University in 1949, setting a school record for touchdown passes. During a brief period in the Marine Corps Agganis played on the Camp Lejeune (NC) football and baseball teams. After leaving the Corps on a dependency discharge, Agganis returned to Boston University to play football in 1951-1952. Agganis was drafted by the Cleveland Browns in the first round of the 1952 draft, but remained in college. Upon graduation, Agganis was signed as a first baseman for the Boston Red Sox. He made his Major League Baseball debut in 1954. Agganis died of a pulmonary embolism on June 27, 1955. His number, 33, was retired by Boston University and Agganis was inducted into the College Football Hall of Fame in 1974.