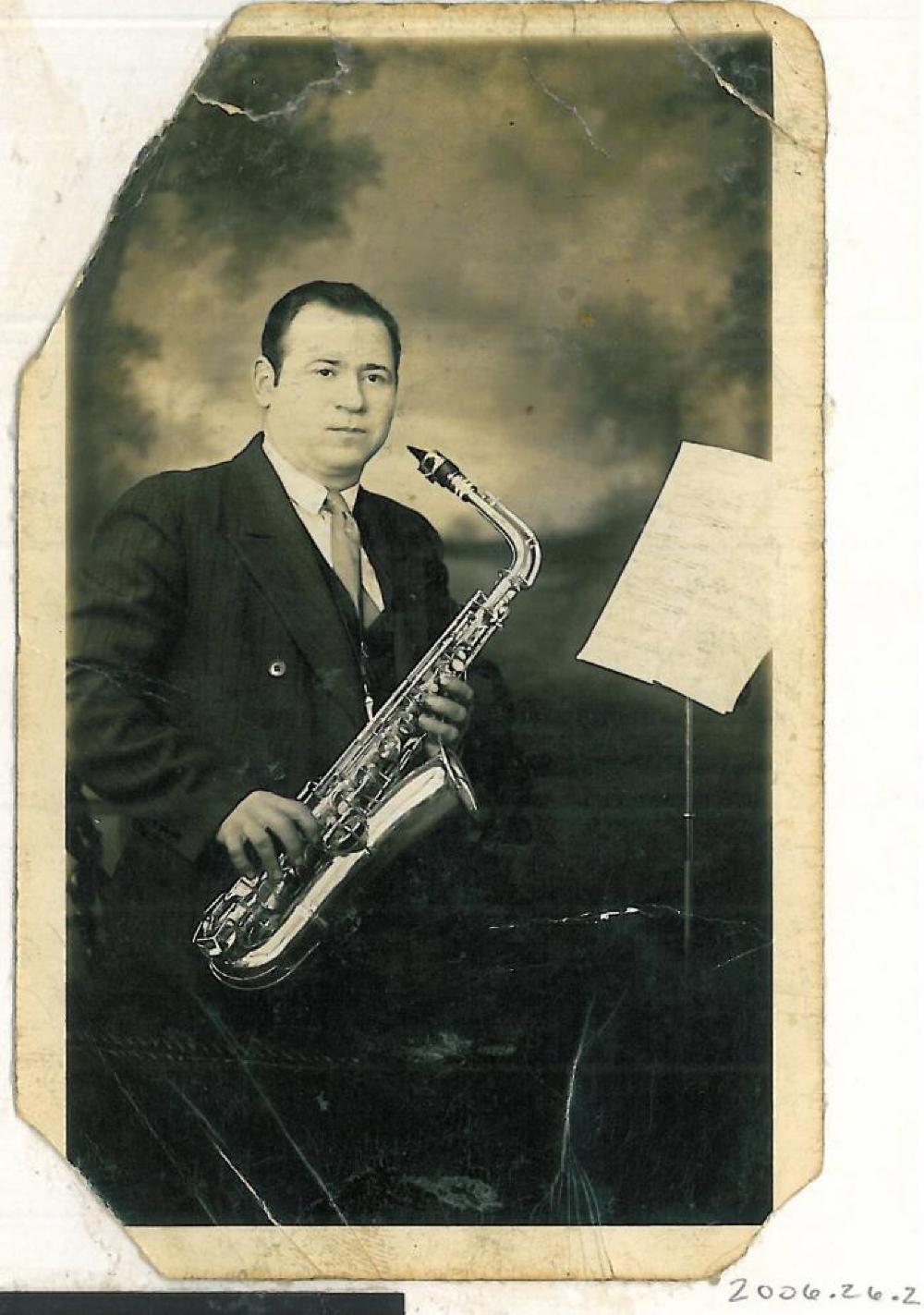 Photograph of Lucas Katsikas with Saxophone.

Lucas Katsikas, born in 1893 in the village of Pentayiou in Roumeli, learned to play violin as a young man in Greece. After emigrating to the United States, he sojourned with a small band of Greek musicians, entertaining the laborers who worked laying railroads, commonly know as "sections hands," building the U.S. railroads in the West. The workers were mostly Balkan immigrants such as Bulgarians, Serbs, Albanians, Macedonians and Greeks which enabled the small Greek band of musicians to delight the workers with music familiar to them from their mother country. Lucas Katsikas spent two early years playing Greek and Oriental music in a San Francisco Greek coffee house, a place frequented by CHarlie Chaplin and Tom Mix. Upon returning to Chicago, he married Tassia Magemeneas, who bore him four sons. During this period he played Greek folk music at weekend parties such as weddings, baptisms, ethnic village dances and picnics. He was versatile and learned to play and teach 30 musical instruments. At that time there were many Greek violinists in Chicago. Out of necessitym when he had a booking and needed a santouri for specific music, he learned to play the santouri; when he needed a drum, he learned to play the drums; when he needed a saxophone, he learned to play the saxaphone! He also taught his three oldest sons to play santouri, drums and saxophone while they were still children.