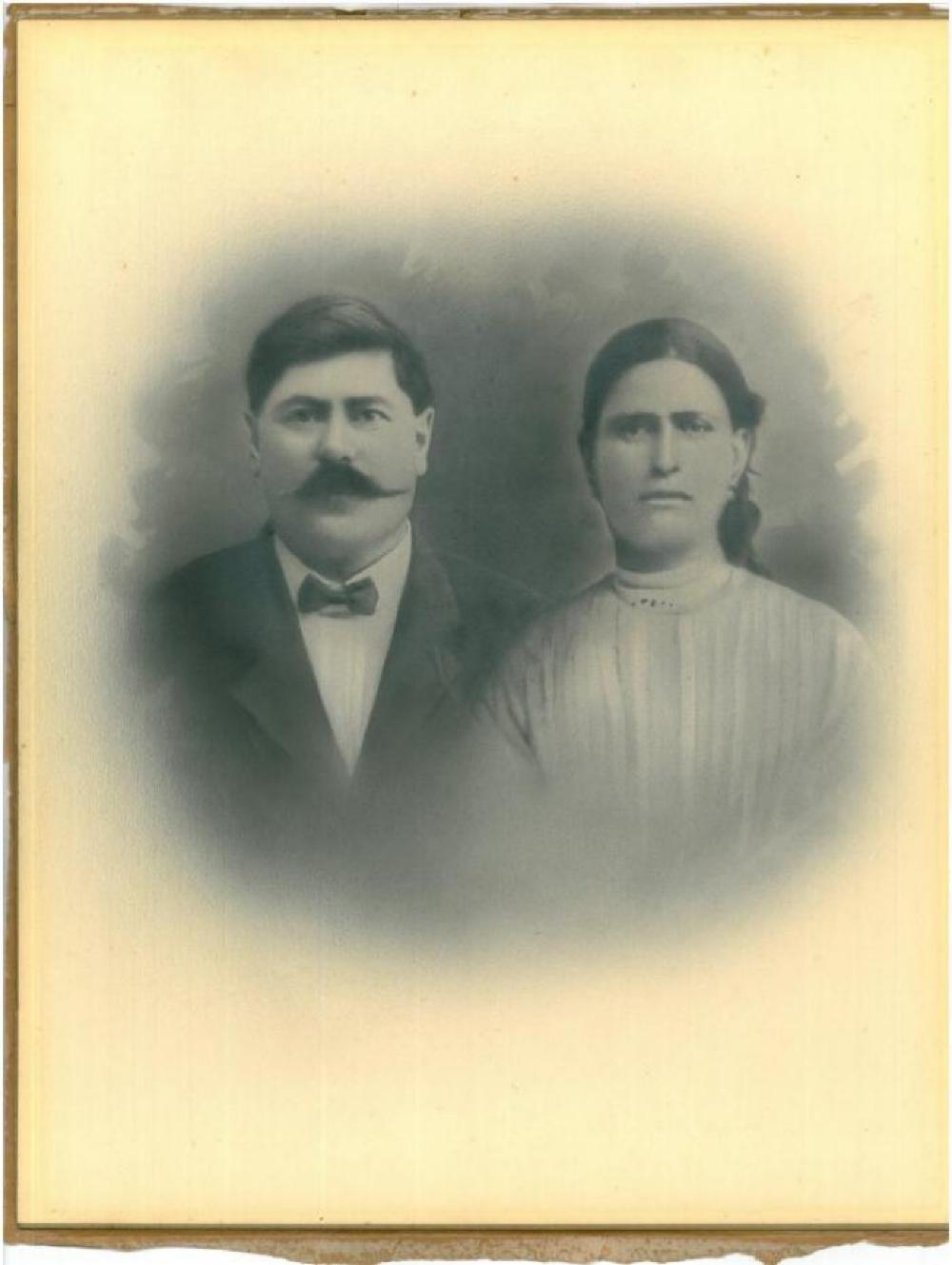 This wedding portrait photo features James John Tatooles on the left and Olga Tatooles on the right. They are depicted from mid torso up and both have dark hair and neither smiles. He wears a black suit with wide lapels. His left lapel has a chain hanging off of it, which most likely held a pocket watch. He also wears a white shirt, and black bowtie. He has well groomed medium length hair, parted on the right, and a neatly trimmed yet full moustache. She is wearing a white dress with sharp vertical folds, which take on a box pleat appearance. The dress has a tight neckline. Her hair is pulled back and parted on the right.

This photograph was donated by James and Dr. Constantine Tatooles. It is a wedding portrait that depicts their grandfather and grandmother (James John Tatooles and Olga Tatooles). They were married in 1890 in Kastri in the province of Tripoli, Greece. Their grandfather (James Tatooles) came to the US in 1888 and brought the rest of his family in 1906. He worked for the railroad first and was given land by them. He set up a restaurant at 26th and State. The first floor had a restaurant, the second floor is where he lived, the third floor was a dormatory for other immigrants, mostly from the same village. The building was owned by Marshall Fields. His nickname was "Big Jim" because he was 6'4" and was a leader in the community.