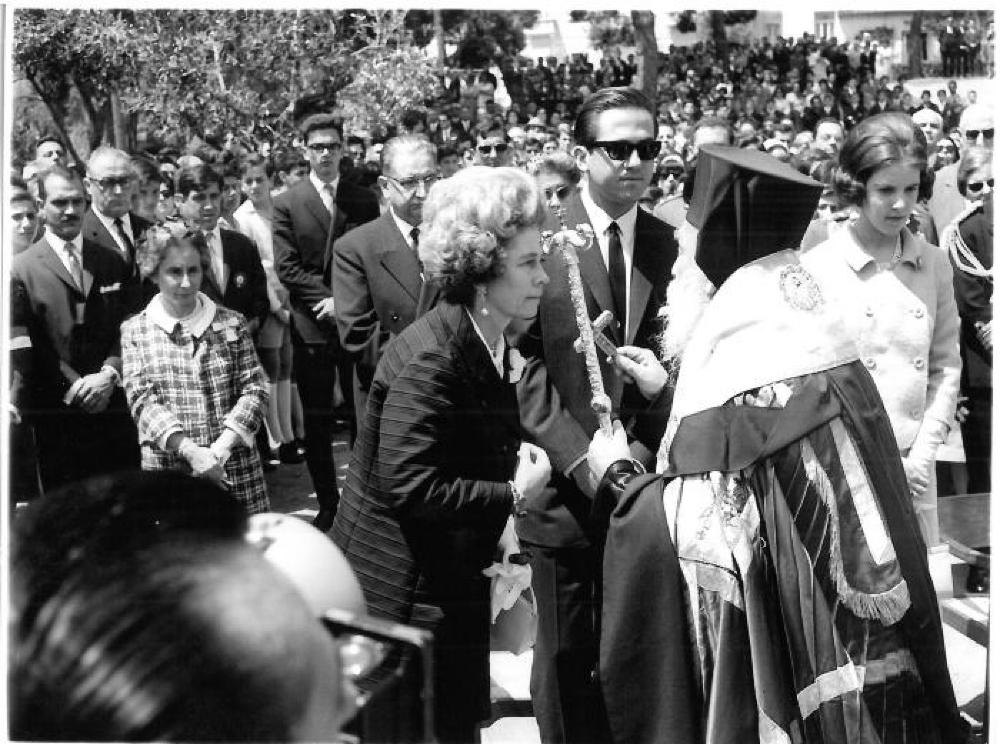 A black and white photograph of a HM The King of the Hellenes and HRH Princess Anne-Marie of Denmark at the outdoor service with the Greek Orthodox Priest. The Priest is in his robes and holding a cross in one hand and a staff in the other. He is speaking with an older woman who is in a dark colored coat. HM The King of the Hellenes is wearing a suit with sunglasses and his wife is in a lighter color jacket, gloves, a purse, and a skirt.