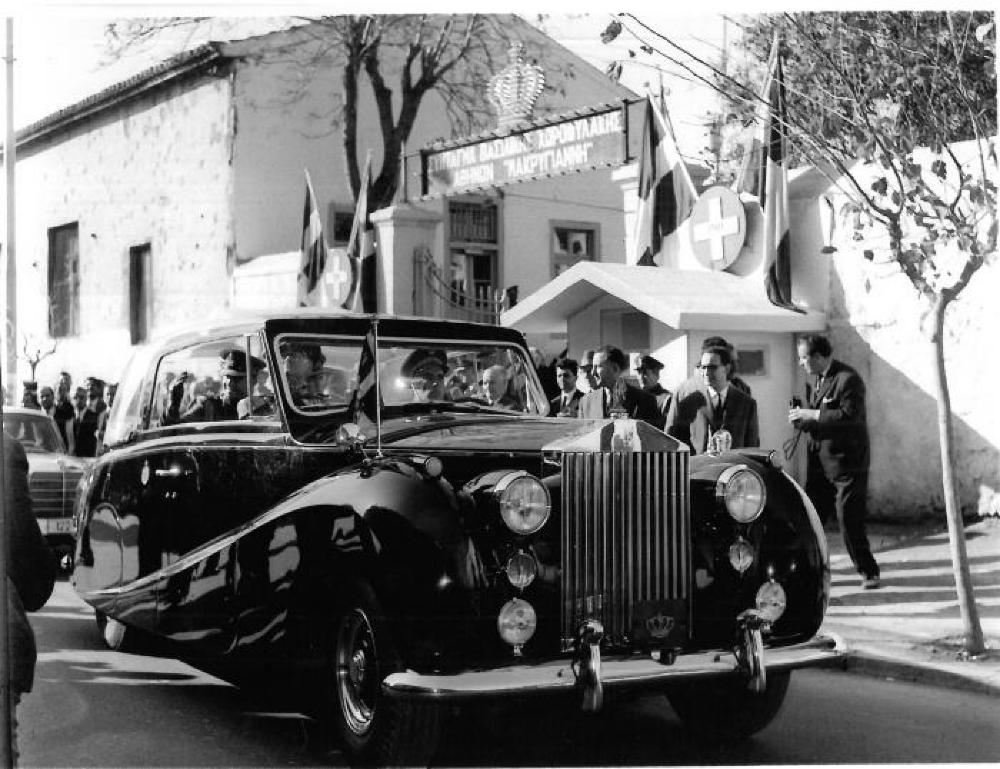 A black and white photograph of a HM The King of the Hellenes waving in the back of a car that has the royal crest on the side and a crown emblem where the front license plate would be. There are three other men in uniform in the car and behind the car there is a crowd of people. They are driving past a large building with a cross with a crown in the middle and a large crown on top.