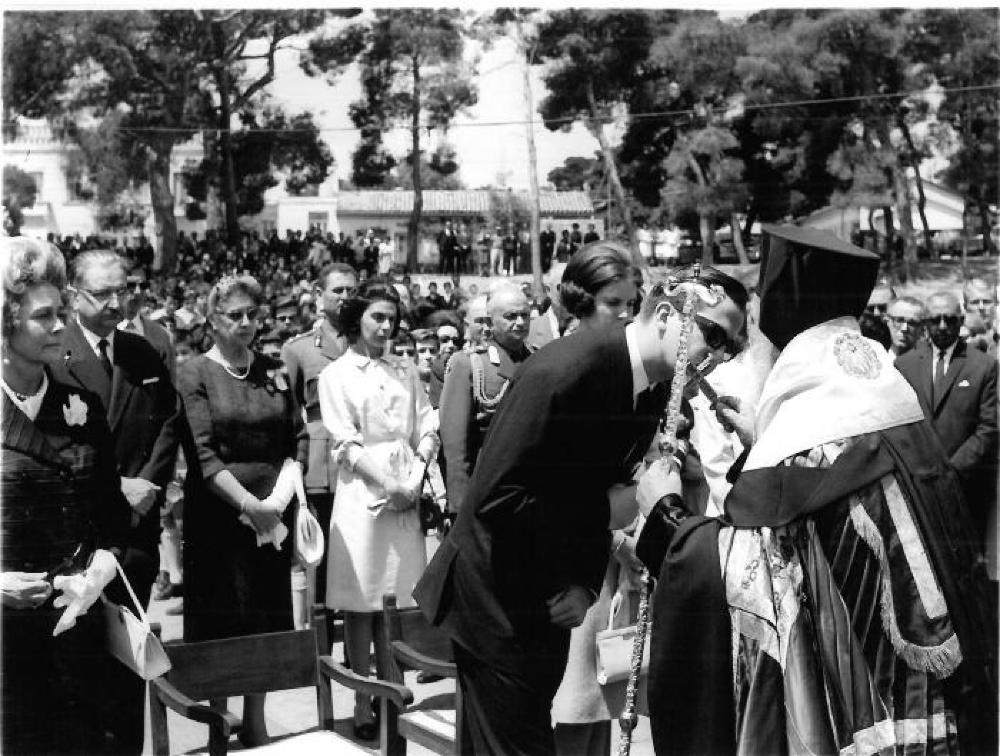 A black and white photograph of HM The King of the Hellenes kissing the cross that the Greek Orthodox Priest is holding at an outdoor service. There is a huge crowd behind them and HRH Princess Anne-Marie of Denmark is to his side. He is wearing a suit and sunglasses and the Priest is in his robes and holding a cross in one hand and a staff in the other.