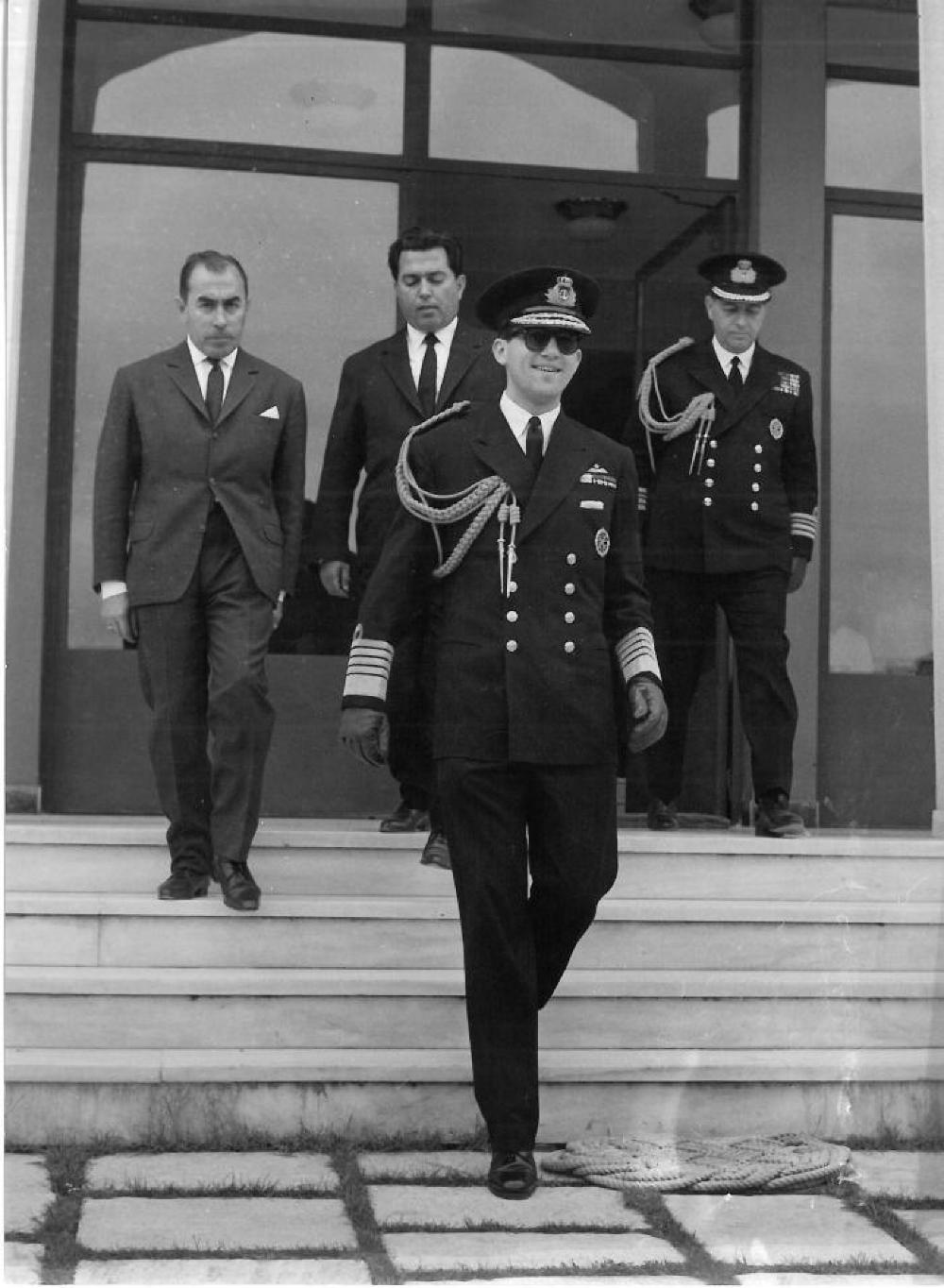 A black and white photograph of HM The King of the Hellenes in his military uniform walking down steps outside of a building. He is wearing a darker colored uniform and his jacket has the rope along one shoulder and he has some pins on the other side. He is wearing a military-type hat and gloves. Behind him are two men in suits and another man in a military uniform walking down the steps. On the back there is a purple stamp in Greek.