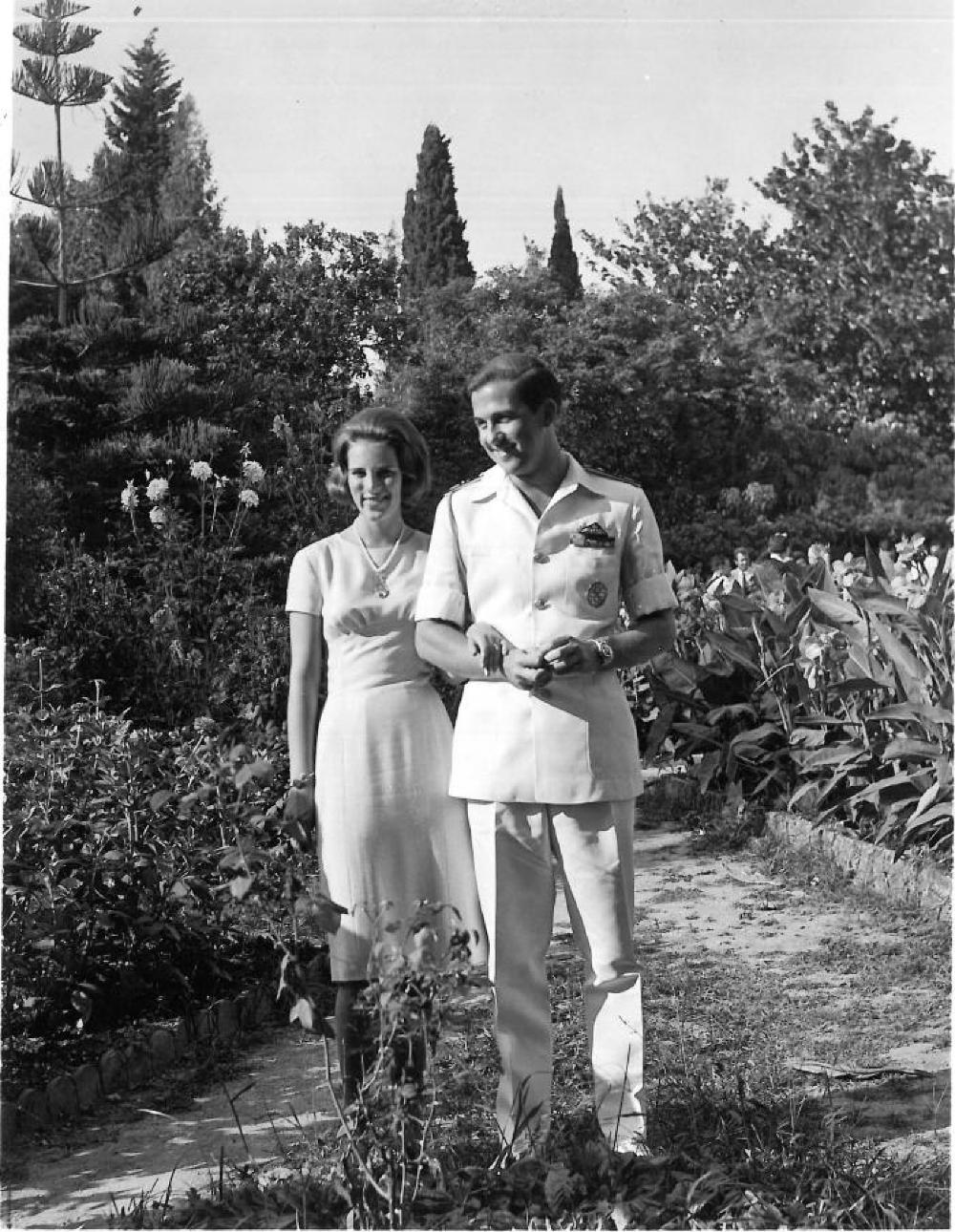 A black and white photograph of a young HM The King of the Hellenes and HRH Princess Anne-Marie of Denmark. She is wearing a light colored tea-length dress with a pearl necklace and a bracelet. He is wearing his white military clothes, they are pants and a short sleave uniform coat with some patches on the one side. On the back there is a purple stamp in Greek.