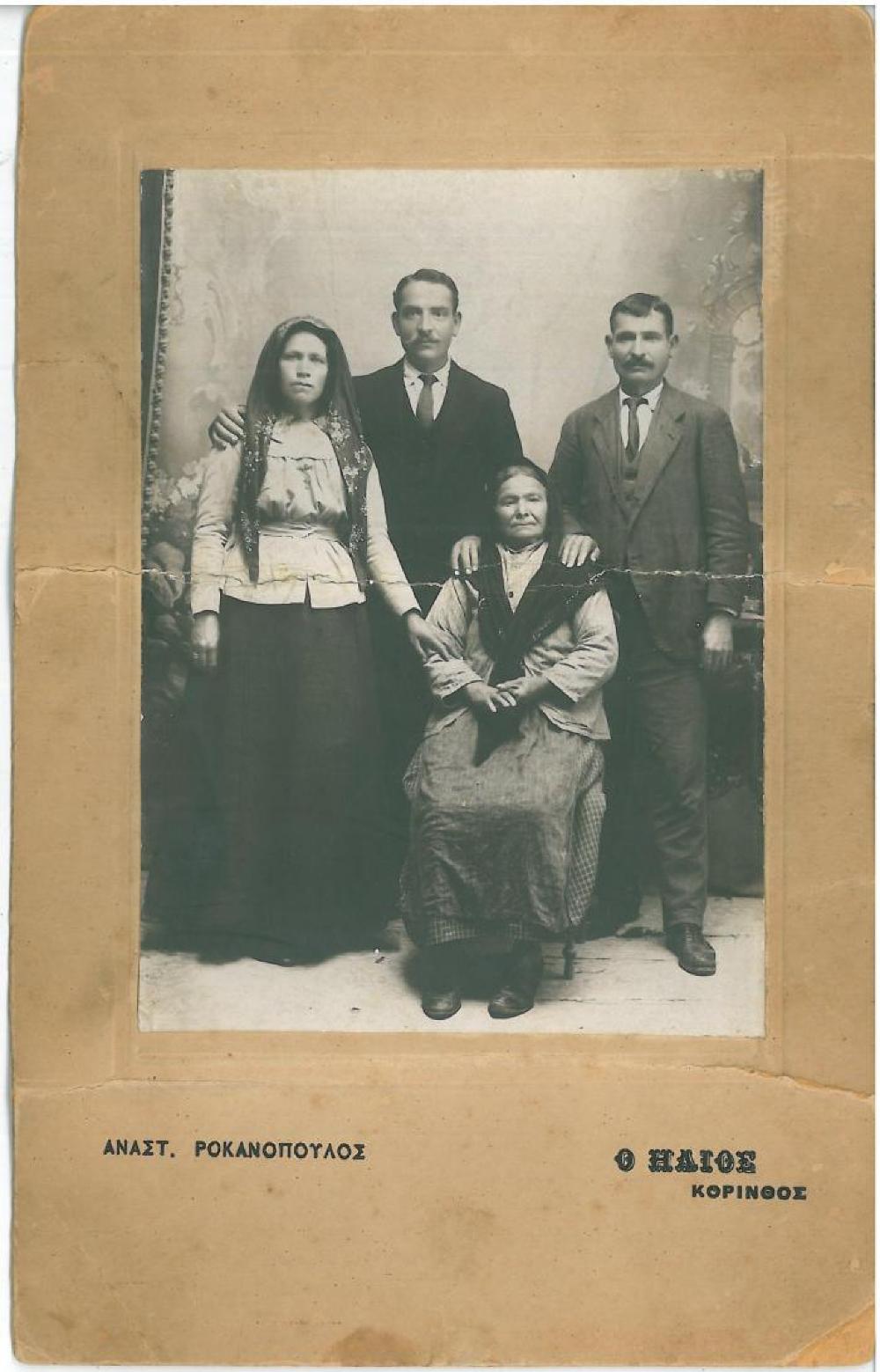 Marina Metevelis, Family (is related to)

A black and white formal portrait of two men and two women. The older woman is sitting in a chair in front of the other three adults. She is wearing stripped clothing, and a black shawl. She has her hands crossed and in her lap. The other woman is standing next to her, wearing a black skirt, light colored top, and black floral printed shawl. She has her left hand resting on the other woman's arm. There is a mans tanding next to her with his arm around her shoulder. He has his other arm resting on the older woman's right shoulder. He is wearing a black suit white undershirt, and tie. The other man is standing besides this man, with his right hand resting on the older woman's left shoulder. He is wearing a lighter colored suit and vest with a white undershirt and tie. They are standing in front of a printed backdrop.