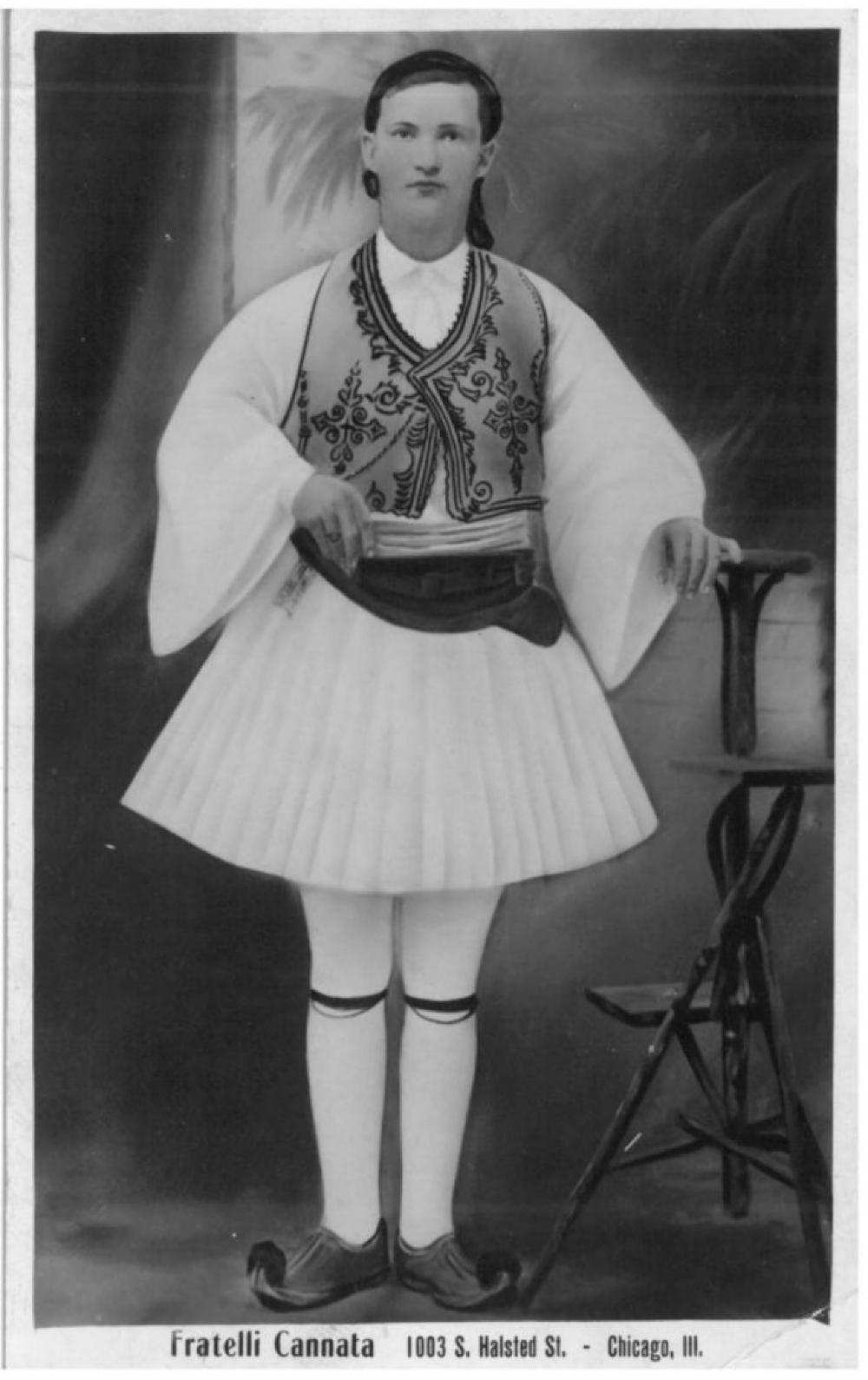 Man, Diane Frangos (is related to)
Cannata, Fratelli (created by)

A black and white portrait of a young man wearing a foustanella, a traditional greek costume. The portrait is full length, and he wears light colored clothing. He is standing next to a stand, which he rests his left arm on. His other arm is resting on the belt on his costume.

Diane Frangos donated these photographs on behalf of her aunt, Angela Gatsos Demetrakakes, in memory of her maternal grandparents, Anthanasios Gatso and Ekaterina Makris Gatsos. The man pictured is wearing a Foustanella/Tsolias which was usually worn by diplomats and warriors, this costume was declared the national costume for men; it is found in mountainous areas and was worn mainly in the Central and Southern parts of Greece. The costume derives its name from the pleated white skirt (Foustanella) made by triangular shaped pieces of cloth called "langolia" which are sewn together diagonally. The Foustanella skirt consists of 400 pleats symbolizing the years during which Greece was under Ottoman rule. The Greek Fighters of the 1821 revolution wore the Foustanella while fighting the Turks. Today it serves as the official uniform of the Evzones, the Presidential Guard, who keep their vigil at the Tomb of the Unknown Soldier in Athens. The remainder of the costume is composed of a white shirt with a very wide flowing sleeve, and embroidered woolen vest called the "fermeli" and has panels hanging from the back. The vest can be blue, black or maroon, the latter worn by the captain of the guard. A sash is worn around the waist, and pointed shoes which have large pompons known as Tsarouhia which were worn for mountain climbing.