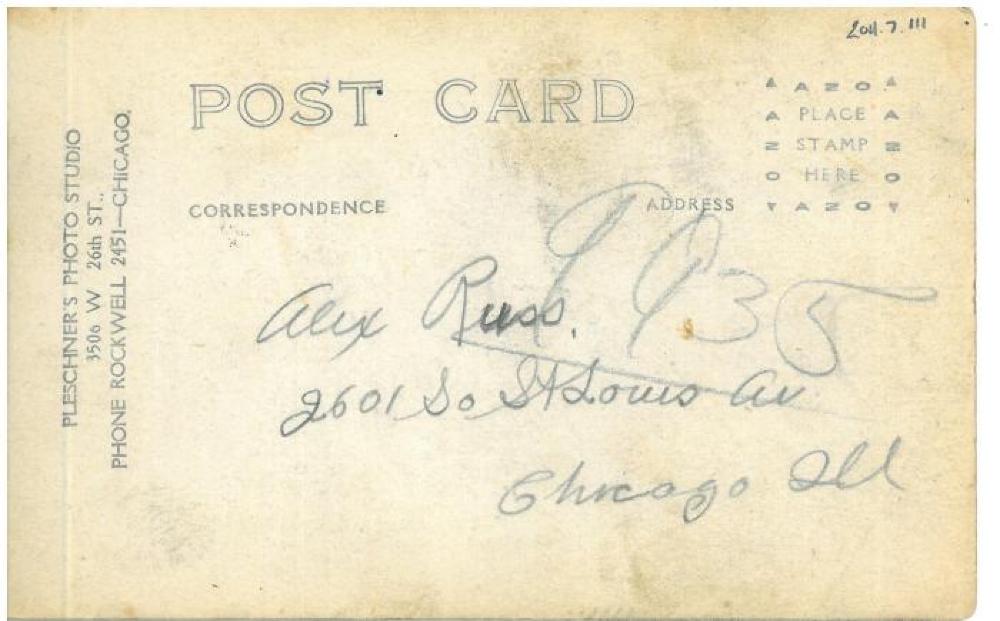 Donated by the Rassogianis/Franks Family

Rassogianis; Alex, Paulina (is related to)
Studio, Flechner's (created by)

A small black and white snapshot of Alex Rassogianis. Printed on a postcard. Alex appears in an oval on a white background. He is wearing a white shirt with a striped dark colored tie and a black jacket. The back of the postcard says that it is from Pleschner's Photo Studio. The card is addressed to Alex Russ.