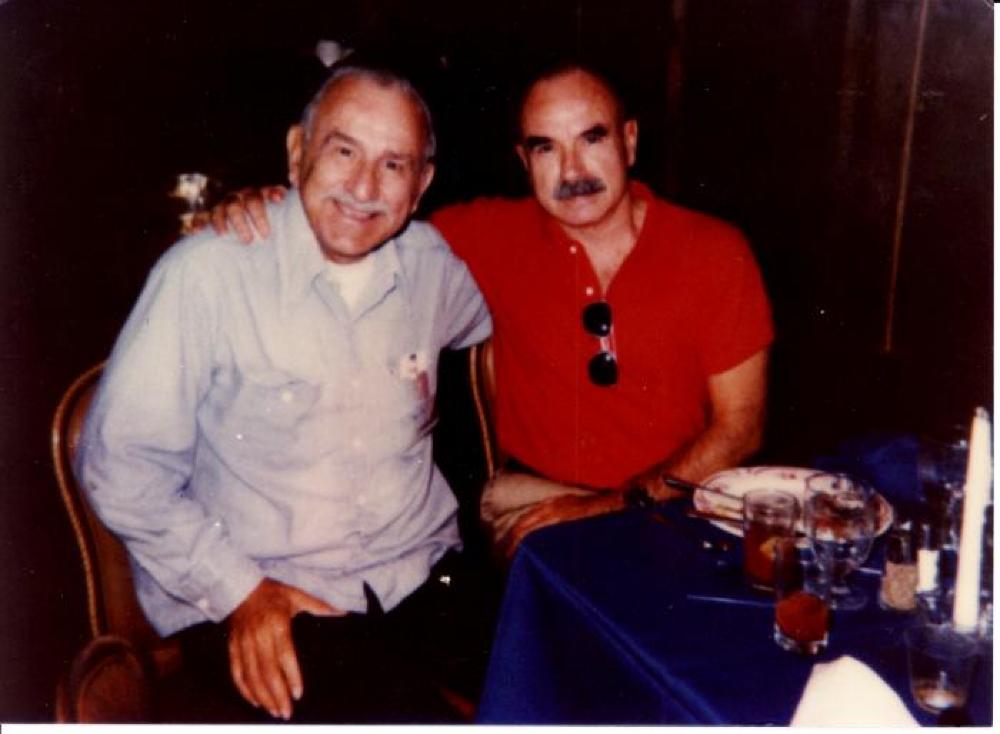 Angelos's Collection (is part of)

Colored photo of Angelos Chatas on the left in a blue button up shirt and J. Gordon Liddy on the right in a red polo with sunglasses hanging. They are at the Frogman Reunion in Norfolk, Virginia. Seated with arms around each other's shoulders.