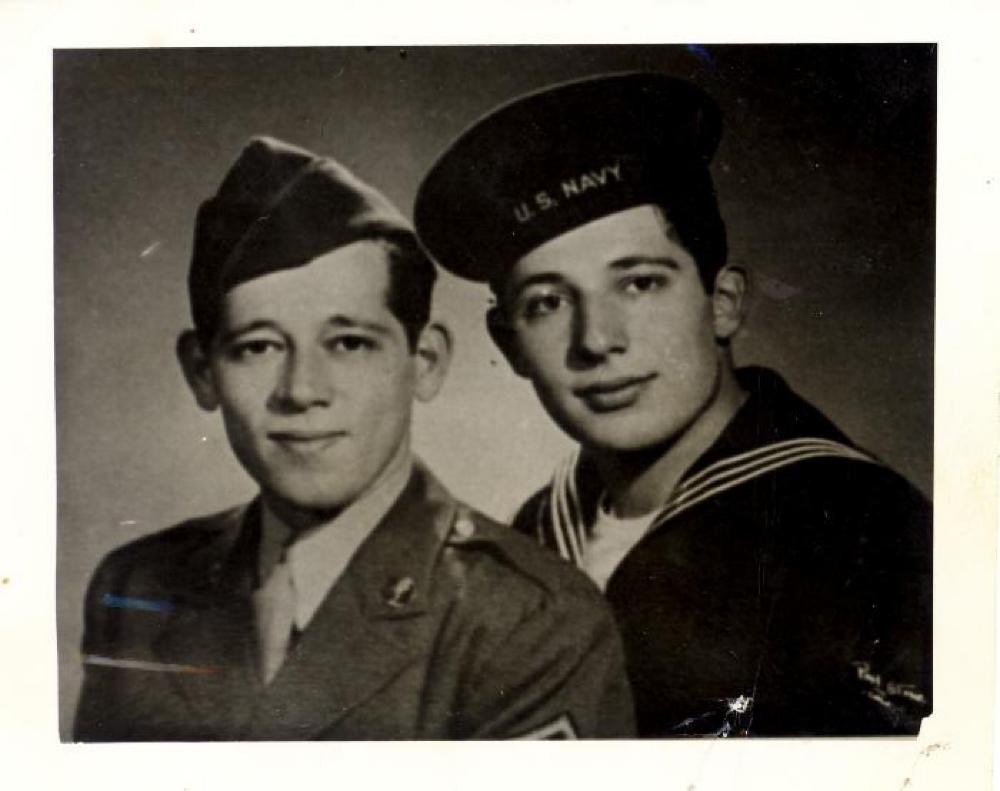 George's Collection (is part of)

George Georgis served 3.5 years in the US Navy. Peter Georgis was Army and was wounded in the Battle of the Bulge in France. Eighth Fleet, established 15 March 1943 from Northwest African Force, operated in the Mediterranean Sea during World War II with a main mission of amphibious warfare. At the outset of the War the forces that eventually evolved into US Eighth Fleet were designated Amphibious Forces, Atlantic Fleet, and later United States Forces North-West African Waters. Under the command of Admiral H. Kent Hewitt, the Fleet supported landings in Sicily and at Salerno, the first sustained land assault and invasion of the European mainland in World War II. Eighth Fleet supported the August 1944 landing of Allied troops on the coast of southern France with heavy naval gunfire and aircraft attack. With the reorganization of the Navy after World War II in December 1945, Eighth Fleet was reactivated on 01 March 1946 under the command of Admiral Marc A. Mitscher. Under the overall command of Commander, U.S. Atlantic Fleet, Eighth Fleet was the heavy striking arm of the Atlantic Fleet. It consisted of the preponderance of Atlantic Fleet aircraft carrier assets, initially including the new fast carriers Midway and Franklin D. Roosevelt, their escorts and support ships. These latter did not include the fast battleship division made up of the Wisconsin and the Missouri, retained under direct command of Atlantic Fleet. In February 1950, the US Eighth Fleet was redesignated to US Second Fleet, a part of US Atlantic Command.