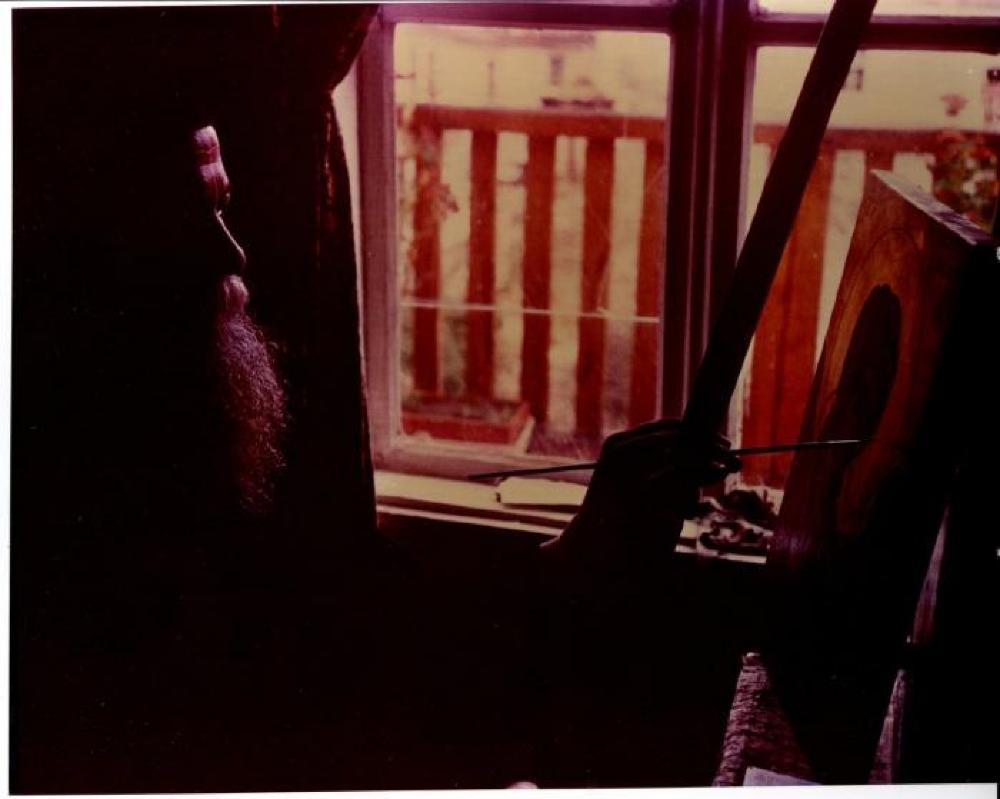 Photograph of an old man painting a byzantine picture of a saint by a window. The lighting is dark. The priest has a long beard.

Donated by Harriette Topitzes from the estate of James W. and Despina Topirzes. James W. and Despina Topirzes lived in Milwaukee after moving here from Greece. Despina was born in Vizikion, a village in the mountains of Greece. She met James first when she was a child. James is thought to be the first greek-american born in Milwaukee. He went to Greece when it was feared that his father had Tuberculosis. He did not have it, but while he was in Greece WWI broke out, and he could not return to American until 1919 when he was 16. Despina was the little girl who lived next to his grandfather. He went back to Greece in 1930, where he remet Despina, and married her. James was an ethnic grocer, running a store called "Food of all Nations." Despina embroidered aprons and sold them for women to wear. She later opened a pastry shop. She was also a founder member of the St. Nicholar society of Vizikion, who sent money back to the small town to help out.