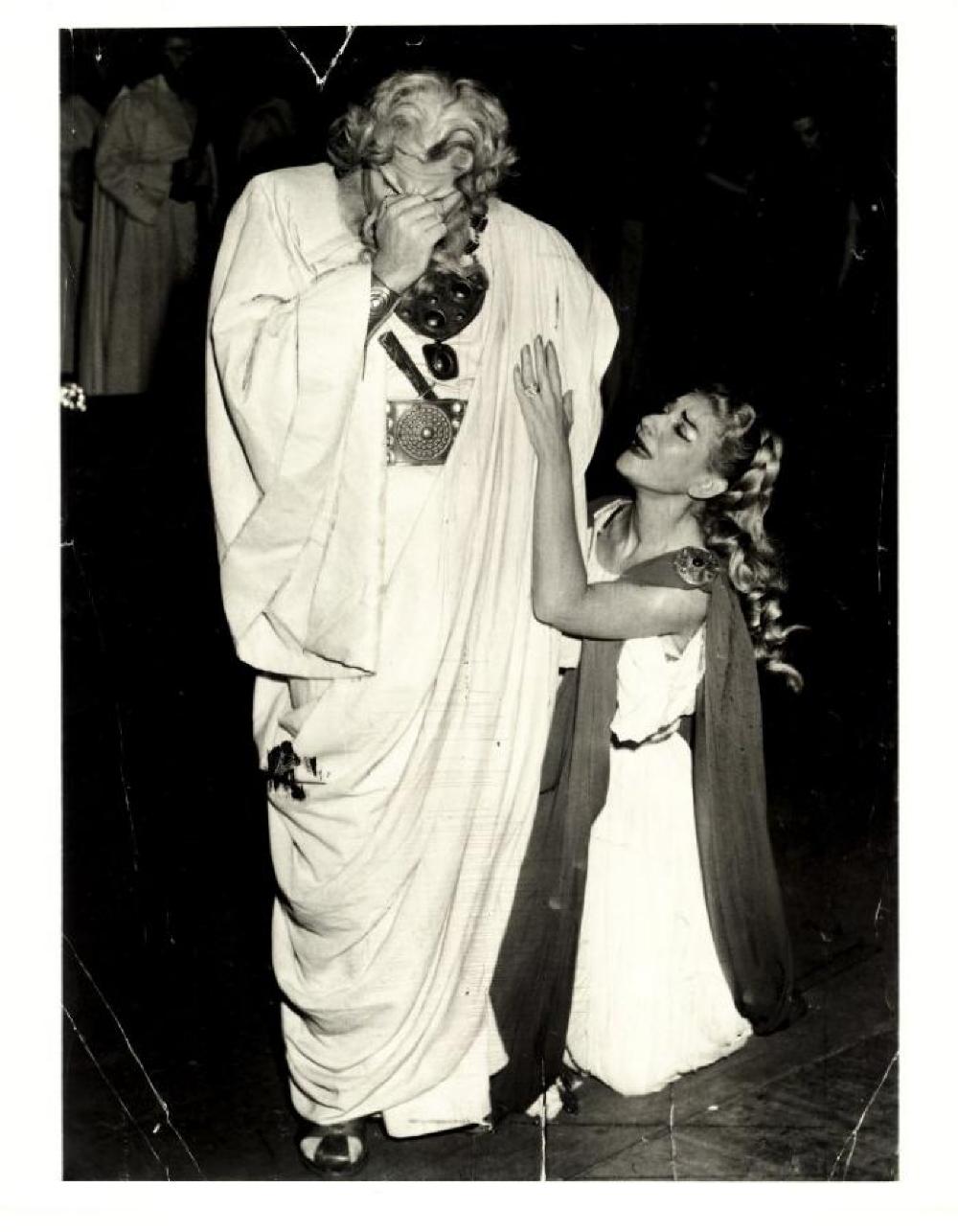 Maria Callas made her American debut in the title role of this performance at the Lyric Opera of Chicago, Chicago IL. Maria Callas was born in 1923 in New York, NY to Greek parents George Kalogeropoulos and Evangelia "Litsa" Dimitriadou. She was born as Anna Maria Sofia Cecilia Kalogeropoulou, but her family changed their name to Callas for convenience when they moved to the United States. Callas' parents divorced when she was 14 years old. She then moved back to Athens, Greece with her mother and sister, and began taking music and vocal classes. In Athens, she won a scholarship to the Royal Academy of Music, taught by famous Spanish soprano, Elvira de Hidalgo. Around age 19, she made her official debut with the Athens Opera. She returned to New York on her own at the end of WWII. There, she auditioned for the Metropolitan Opera and was offered multiple roles, but turned them down because she felt herself to be too fat (210 pounds) to play the role of singing Butterfly. She then traveled to Verona, Italy to make her decut in the famous Arena. In Europe, she met her soon to be husband, Giovanni Battista. At this point in her career, Maria Callas took off 70 pounds, leaving her to be a slim, and one of the most striking women on the operatic stage. She made her United States debut in 1954 with the Chicago Lyric Opera. Two years later, she finally performed at the Metropolitan Opera. By this point in her career, Maria Callas was an internationally known and famous opera singer. One of the most impressionable, dramatic, and unique of her time. Around this time, she had a number of issues dealing with her personality, and cancelling or refusing performances because of companies' lack of professionalism or meeting her standards. She soon met Aristotle Onassis, a Greek shipping magnate through her then husband, and began a passionate, long lasting affair with him. Maria and her husband became separated in 1959 because of said affair. Her performance level steadily decreased, and she sang in her last performance through the Met in 1965. Callas was devastated when she found out that Aristotle Onassis chose to marry Jackie Kennedy instead of her. It is said she never got over this heartbreak. In 1971, Callas gave a series of 12 master classes at the Julliard School. She had increasing vocal problems and eventually stopped altogether. At the end of the life, it was said that she was riddled with sadness and despair, and was addicted to sleeping pills. Maria Callas died in 1977 at the age of 53 in her Paris residence because of a heart attack.