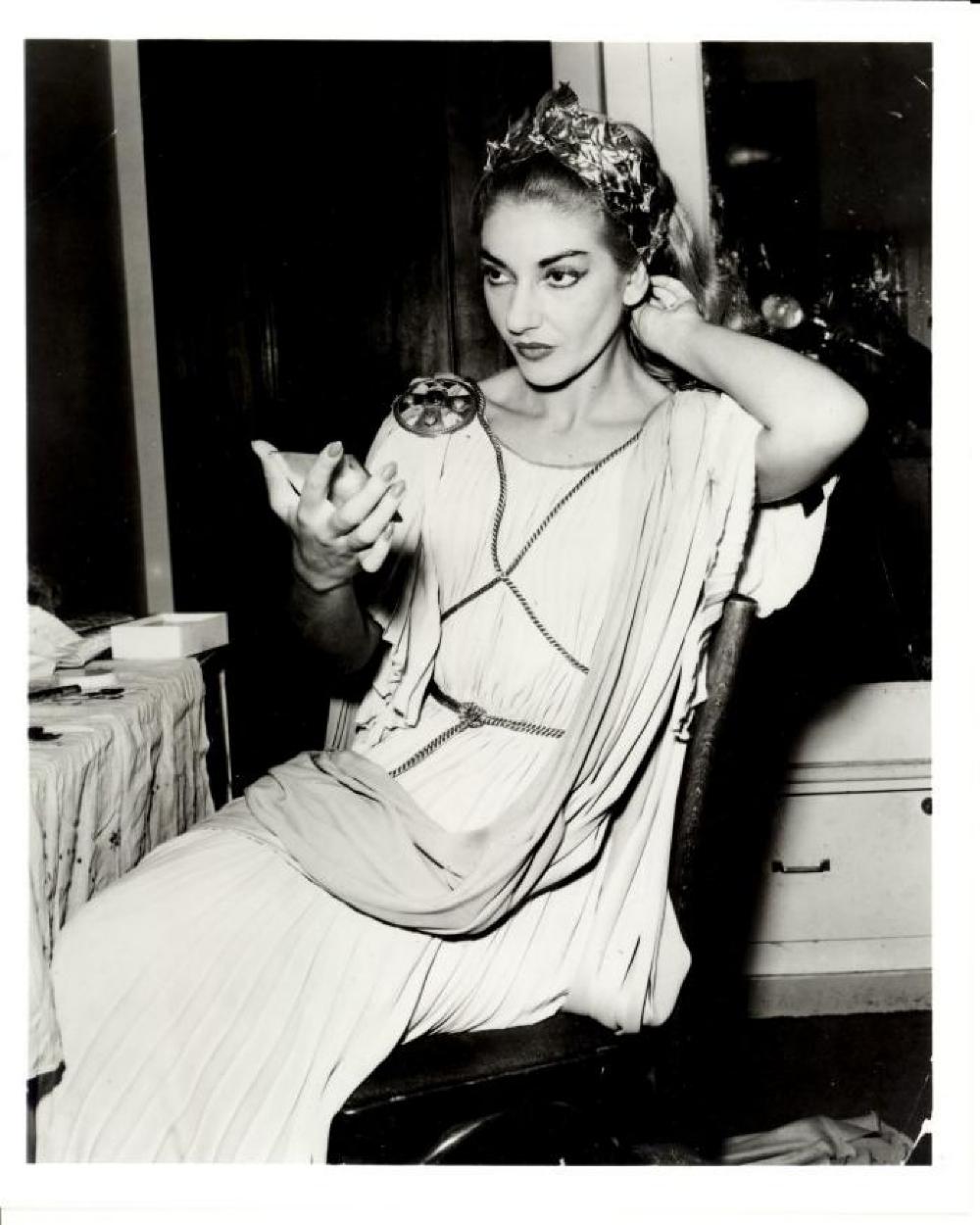 Publicity photograph of Maria Meneghini Callas in her dressing room before her debut in "Norma" at the Lyric Opera of Chicago, Chicago, IL . Maria is looking into a hand held mirror, preparing herself for the stage, wearing an ancient Greek costume.