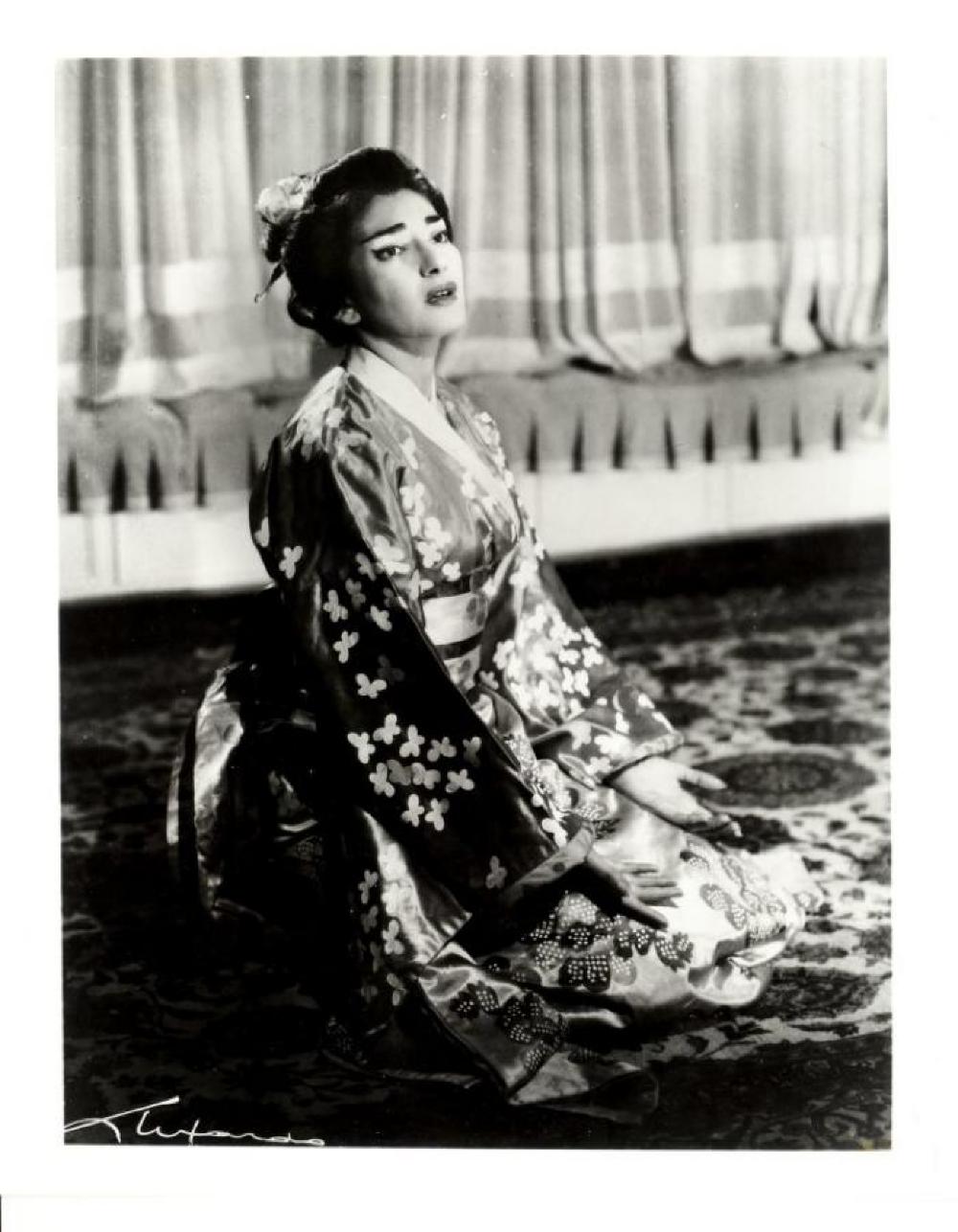 Publicity photograph of Maria Meneghini Callas as Madama Butterfly in "Madame Butterfly" at the Lyric Opera of Chicago, Chicago, IL. Marie sits on the floor of a room adorned with ornate carpet and striped curtains in the background. She is kneeling and wearing an oriental costume. She hold her hands, palms up on her lap, and is looking off into the distance.